Q&A: Behind Coke’s ‘one brand’ 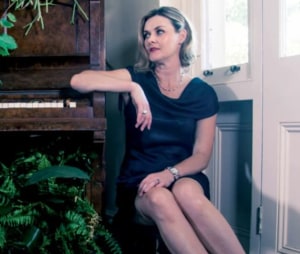 Coca-Cola unveiled a global reorganisation of how it approaches marketing for its Coca-Cola drinks last week. With the ‘One Brand’ strategy all four variants have been brought under the same marketing programme and budget taking a master brand approach rather than marketing Diet Coke, Coke Zero and Coke Life separately.

AdNews sat down with Coca Cola APAC marketing director Lisa Winn on the morning of the launch.

Why is Coke bringing the brands together now?

Lisa Winn (LW): We, as a brand, always keep refreshing our campaigns with new advertising and tag lines. This is that brands do, they refresh their communication and advertising. But really, we recognised that how Coca-Cola connects with people, people love Coca-Cola as the brand and we need to be making sure that they are also in-love with all of the products in the portfolio. We’re now recognising that universal truth in the simple pleasure of drinking an ice-cold Coke, any Coke.

Does such a big shift globally suggest that something wasn’t working previously with the four brands and the marketing?

LW: I guess what we’re finding is consumers more and more want choice and we’re actually really proud of the choice that we offer with Diet Coke, Coke Zero and Coke Life. Previously, we had really distinct personalities for each of our brands but found that as the Coca-Cola brand was evolving to offer more choice we needed to bring it back together under one iconic brand personality. It allows people to embrace Coca-Cola and more easily find their way through the portfolio and understand that choice. Being able to communicate one core brand idea, gives us a much better opportunity to clarify more simply the features of each product and help people navigate.

We can be very simple with the fact that Diet Coke has a lighter taste, Zero tastes more like the original Coca-Cola. Showing the family together and comparing and contrasting them lets the consumer go ‘K, I understand that. That makes sense.’

With a global campaign it’s difficult for one message to resonate with every market. Three of the 10 global TV ads are launching here, why has Coca-Cola Australia chosen the assets it has for the local market?

LW: We do a lot of research to check which resonate most but all of the ads in the campaign tell stories, sort of universal stories and human truths. These three in particular have resonated most strongly not just in our market but in many markets. I think when you look at them, ‘Anthem’ really sets up the campaign. ‘Brotherly Love’ is just a great story, that sibling tension, a lot of Australians can relate to that love-hate sibling relationship, and the universal story of a love story in ‘Break up’, they’re universally appealing. A lot of other developed markets are also launching with those but there’s more work coming that we haven’t released yet in the pipeline for the rest of the year.

What kind of longevity does Taste the Feeling have for Coca-Cola on a global level?

It’s always hard to look in a crystal ball at how long a campaign will live, but we have many that have gone 10 years. We have active plans 18 months out and we always look on a strategic horizon of three years.

Coca-Cola Australia has a history of kicking off campaigns that go on to become global such as Share a Coke and the coloured cans work but there isn’t always the freedom for local markets to localise global ideas. How much freedom does Australia as a local market to come up with Australia-specific ideas within the framework of the global concept?

LW: It’s actually a really exciting time for local and global collaboration. We’re more networked than ever before as a marketing function, But we have our core agencies McCann and Ogilvy in Sydney and there’s opportunity to work on local adaptation as well as charter work which is basically producing work for a number of markets and there’s always the opportunity for ideas that come from the local market to become part of the global work. We are becoming far more nimble at creating local ideas and making them global and there’s far more collaboration than ever before.

There are lots of things that we are working on [locally]. We have our plans going up but nothing we can share right now. [The vocals on the track in Anthem were recorded by an Aussie singer Conrad Sewell] We’ve been talking with [Conrad] about opportunities. Nothing that we can talk about specifically but we’re really excited to have him as part of the campaign giving that Australian touch. The fact that he’s a local Queensland boy it’s something we’re really proud of.

What’s the level of global and local investment in the launch and does being more “networked” globally create efficiencies in spending because every market isn’t starting from scratch? Does that leave room for increased media spend?

LW: Yes, but it’s also efficiency in terms of the speed of good ideas travelling and efficiency in quality of ideas. We’ve had increases in our portfolio and Coca-Cola for the last few years and going into 2016 we’re looking at media increases as part of our efforts to make sure we have fully-funded plans. [Coke later provided figures. In 2013 it increased media spend 14%, followed by 8% in 2015 and 9% last year.]

What does the strategic shift mean for changes to the local marketing team and for agency partners?

LW: We’ve been on this journey for the last six months, and some of the advertising we had last year you could see the change happening, so structurally we’ve already changed. Our whole trademark team works as one team working on different projects and problems rather than a distinct brand.

Ogilvy had the trademark brand and for the moment there’s no change in the agency structure in terms of brand affiliation.

Taste the Feeling has replaced Open Happiness which has been around since 2009. What makes the new slogan work?

LW: For a number of years, we celebrated the brand and the values of the brand and in a way forgot about the product. So this is about that simple pleasure of drinking an ice cold Coke - the actual product, but also celebrating the simple moments At Coke we talk about intrinsic and extrinsic truths of the brand, and this is a nice balance of the two.

Because the ads are trying to be universal, is there an issue with speaking to diverse audiences and targeting specific demographics like teenagers, which have been a difficult group in the recent past. For instance the Diet Coke Hunk ads were iconic for speaking to women – will they come back?

LW: Female: Coca-Cola is beloved by many and so that kind of universality of the brand is really inclusive. Obviously, our media selection will help us to have a younger skew and at certain times of the year, we will flex to others and focus on certain audiences, but this campaign is very much a universal campaign for everyone.

The Diet Coke drinker can still find something that she likes in the advertising, but not a distinct specific communication that has a different look and feel, a different personality.

Coca Cola has struggled for the last few years with drops in consumption rates and sales volumes. Will this campaign have a dramatic, positive impact on sales and performance?

LW: Yes. Look, we’re really confident in this campaign. We’ve had some good, positive trajectory on the brand in the last year. We have more transactions which is products we sell. We’re selling more of our smaller portion sizes; we’re in more households so we’re happy. We’re really confident that it will keep us on that trajectory and keep us growing.

Coke-Life is the most recent addition to the family and although the new concept is meant to bring them all together, there is a definite focus on Diet Coke, Coca Cola and Coke Zero in the ads. Why is that?

As we launched the ads, we really want to establish the core idea and then following on from that we’ll be specific about the variants. Absolutely Coke Life is important to us. It’s doing well and we will have variant specific ads that will help communicate the features [of each drink]. Life is around 2% of total sales in Australia which is where all our pre-launch projections were. It has a loyal following. [Classic Coca-Cola makes up 69% of sales, Diet Coke 10% and Coke Zero 29%].

Which of the ads is your favourite?

I love Anthem because it’s very iconic. It feels big. It really sets the feeling for the campaign and that sets that core idea. But I think myself and a number of people in the office love ‘Brotherly Love’ as well. Being a mum of three kids and the sibling squabbles that happen at home, it really touches my heart. You can just see how people can really relate to it.