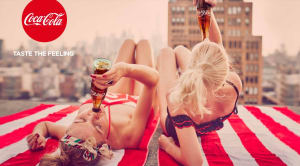 Coca-Cola is overhauling its global marketing and brand strategy bringing about the biggest change in its marketing operations in its history. It will unify its four core brands; Coke Zero, Diet Coke, Coke Life and Coca-Cola under one single strategy and budget.

Previously, each of the brands has been marketed as a separate brand each with its own 'personality' and budget. Diet Coke for instance was renowned globally for the 'Diet Coke Hunk' ads.

The shift, unveiled globally out of Paris at 9:30pm this evening (AEST), was rolled out in the UK in 2015 as a test market for the strategy. It is now being rolled out across the globe and will come into effect in Australia this year.

It's a major shake up of the way Coke handles its brands, marketing, teams and agency relationships globally and has been put in place by global CMO Marcos de Quinto who was appointed at the tail end of 2014 when Joseph Tripodi, Coke's former CMO, stepped down after seven years.

He says: “Every day, millions of people around the world reach for an ice cold Coca-Cola. The new ‘One Brand’ approach will share the equity of Coca-Cola, across all Coca-Cola Trademark products, reinforcing our commitment to offer consumers choice with more clarity.

“More than ever, we recognise people want their Coca-Cola in different ways, but whichever one they want, they want a Coca-Cola brand with great taste and uplifting refreshment. Through the ‘One Brand’ strategy we will move away from multiple brand campaigns, to one single iconic brand campaign that celebrates both the product and the brand.”

Shortly after his appointment AdAge called the Spanish speaking de Quinto a “straight-talking, inventive marketer who doesn't shy away from controversy.”

He also instigated a pitch in the first half of 2015 between 10 of Coke's globally rostered agencies to work on the global push. The global concept was masterminded by Mercado-McCann, Sra. Rushmore, Santo, and Oglivy & Mather New York and Coke has been working with local agency partners including Ogilvy (creative) and UM (media) over the last few months on how to bring the strategy to life here. Ads are expected to roll out imminently.

A series of 10 global ads has been created, of which three will air in Australia as part of a multimillion dollar, cross platform campaign; 'Anthem', 'Brotherly Love' and 'Break Up'. The launch campaign also includes more than 100 campaign images, a  new "visual identity system", new music and audio signature and a  shareable and customizable interactive digital experience. You can watch the series of ads below:

At the end of each ad, the family of Coca-Cola products unite as one under the famous red Coca-Cola disc.

The soundtrack to “Anthem” is an original song called 'Taste the Feeling' created for the brand campaign and performed by Conrad Sewell. Sewell, a Londonborn, Australia-raised singer. Coke has also tapped up Avicii to remix the track for its UEFA EURO 2016 Rio 2016 Olympic Games campaigns.

'Taste the Feeling' replaces the slogan 'Open Happiness' which the brand has been using globally since 2009.

Lisa Winn, marketing director for Coca-Cola South Pacific, said: “The launch of ‘One Brand’ strategy and ‘Taste the Feeling’ marketing campaign marks an exciting time for the Coca-Cola brand. Consumers connect with our advertising and over the last 130 years we are a brand that has delivered some of the most memorable tag lines in advertising history. Today we embark on a new chapter, celebrating the notion that the simple pleasure of drinking a Coca-Cola, any Coca-Cola, makes the moment more special. We are doing this with an integrated campaign that brings all Coca-Cola products together and will set a new standard for our visual identity throughout the year”

According to the statement released globally this evening the 'one brand' strategy will:

• Extend the global equity and iconic appeal of original Coca-Cola across the Trademark, uniting the Coca-Cola family under the world’s number one beverage brand.
• Comes to life in a global campaign - “Taste the Feeling” – that uses universal storytelling and everyday moments to connect with consumers around the world.
• Features the product at the heart of the creative, celebrating the experience and simple pleasure of drinking a Coca-Cola, any Coca-Cola.
• Underscores the Company’s commitment to choice, allowing consumers to choose whichever Coca-Cola suits their taste, lifestyle, and diet.

We'll have more on the local implications of the shift tomorrow featuring an exclusive interview with Coke's top APAC marketer Lisa Winn. Plus, check out the 19 February issue of AdNews where we’ll have the low down from the local players as well as the global perspective from Coke’s global CMO.

What's a Coca-Cola for?