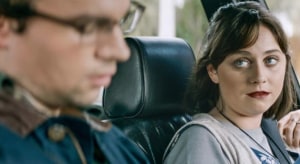 CHE Proximity and Y&R Melbourne have become the first Australian agencies to win a Gold Lion at this year's Cannes Lions awards event.

CHE Proximity won Gold, Silver and Bronze Lions for Cochlear 'The Hearing Test In Disguise' campaign, in the Pharma category.

Without a huge media budget, CHE Proximity searched for an idea that could demonstrate the hearing problem people may have, and help them realise that they need to seek treatment.

That was the idea behind 'The Hearing Test in Disguise' – a short film with two different outcomes, depending on your hearing ability.

The love story follows a couple’s relationship from courtship to marriage and through to middle age. However, as the years slip by, the film diverges. For those who hear well, the relationship remains resilient and fun. However, for the hard of hearing, a very different story unfolds.

Y&R Melbourne was awarded a Gold Lion in Health and Wellness for the 'Sip Safe' wristband campaign created in partnership with Monash University that is designed to test for drinks that have been spiked with drugs.

Drops of a drink can be rubbed into designated spots, and if the drugs are detected, they turn a dark blue. Since the launch, 27 countries from around the world have ordered the wristbands.

"The problem of spiked drinks and its relation to sexual assault is, sadly, a problem young people are facing all around the world. It is our hope that this simple solution will not only give young people a way to stay safe, but that its visibility will also serve as a deterrent."

As part of the launch, Project Revoice sought to give Pat Quinn, co-founder of the ALS Ice Bucket Challenge, his voice back.

Pat did not record (or bank) his voice before he lost it to ALS. Using footage from his many Ice Bucket interviews, the team were able to re-build his voice.

AAMI and its creative agency Ogilvy Melbourne digitally overhauled the process of the traditional logbook used by L-platers, launching an app that tracks learners’ driving progress.

The app uses smartphone technology to live-track a learner’s hours, route choice, weather, road and traffic conditions, and then provides feedback on where the drivers need more practice.

Encouraging L-players to leave the log book at home, the app automatically organises every drive into a printable PDF for download.