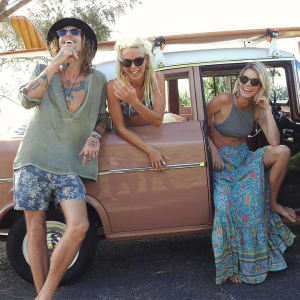 The pitch process for part of car giant Holden's creative account has just revved up as the four creative agency suitors in the race for its SUV project has been narrowed to two.

AdNews understands that incumbent AJF Partnership, while is the agency of record, is not up for this specific project, that newly launched Thinkerbell, which made the final four, is also out of the mix.

This now leaves The Monkeys and Publicis Worldwide neck and neck, vying for the SUV part of the business - relating to the new Holden SUV model.

It's thought the four-way race was extremely tight and that while The Monkeys may have the edge with plans for a Melbourne office launch, the car maker has made no bones about its strong vision when it comes to communicating with the female target market – and that's what will win out.

Speaking at the AdNews Media+ Marketing Summit in Melbourne this week, Holden director of marketing and customer experience Mark Harland said whoever can nail the brief of car marketing to women will win the business.

He said 82% of the purchase decisions are influenced by women, however, 87% of the women in the automotive purchasing process feel completely misunderstood. Yet, in many dealerships people feel it's a condescending experience and they “really don't enjoy that”.

No one has nailed 'talking to women'

“Yet every single SUV advert is a male, and then a women lovingly looking on and saying 'good boy, the kids are in the back, the dogs, too, and we're all off to have our picnic on the beach'.

“Or we go off-roading? Because all of us in Melbourne and Sydney like to go off-roading everyday in our SUV on the way to dropping the kids at school?

“Jeez, it's crap right? And it's so boring. No one has nailed this space talking to women the way they want.”

He said the days of condescending communications are long gone and women are no longer in the passenger seat.

AJF has been working with Holden since 2007 when it was brought on to handle the car maker's retail advertising account. In 2013, Holden expanded its remit on the automotive brand, edging out McCann for the lion share of the account.

AJF has not lost the account and is still Holden's agency of record, it's just not across this exact SUV project.

AdNews understands McCann was also involved in the initial stages of the pitch. It has a global relationship with General Motors – the owner of Holden.