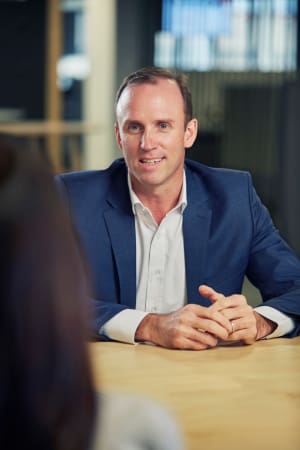 Holden marketing boss Mark Harland has been revealed as the keynote speaker at the Melbourne Media + Marketing Summit on 2 August.

The Aussie auto brand is on the cusp of phenomenal change and that story will be delivered live by Mark Harland in Melbourne on 2 August.

Charismatic, straight-talking and with almost 20 years in marketing with GM/Holden across four continents (not to mention a family history steeped in stories of generations working at car yards), Harland will reveal how the brand intends to maintain its relationship with loyal Holden buyers, but will also bring new people into its stable. “We’re redefining what it means to be a Holden driver,” he states.

Harland will also delve into why the brand will not rely solely on TVCs and traditional marketing strategies, but will innovate to reflect the fact that Holden’s vehicles are more technologically advanced and safer than ever before. He'll talk about the brand's moves into ride-sharing technology and ways it's looking to revolutionise the car buying experience.

Hear how that wow factor will be delivered, straight from the orchestrator’s mouth at the AdNews Media + Marketing Summit, Melbourne.

Mark Harland’s keynote will be followed by a 20-minute Q&A with Carat CEO Paul Brooks, who will also field questions from the audience.

Also featured on the day will be Mark Ritson delivering his ‘Nine Circles of Digital Hell’ presentation – described as “the best presentation I have ever seen” by one delegate at the sister event in Sydney on 12 May.

The AdNews Media + Marketing Summit, Melbourne takes place on 2 August at the Australian Centre for the Moving Image in Federation Square.