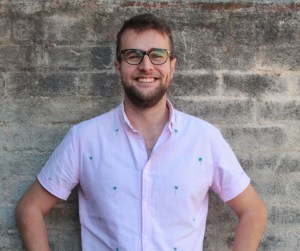 The Cannes Young Lions competition searches for the best young talent in media, marketing and creative industries to represent Australia at the 2018 Cannes Lions International Festival of Creativity.

This year, teams from Bohemia, PHD, DDB, Blue449, Cummins&Partners and more have been revealed by APN Outdoor, official Cannes Lions Festival of Creativity representative in Australia, as the finalists for the 2018 Young Lions competition.

AdNews caught up with finalist Myles Haslam, a media executive from Bohemia, to talk Cannes Lions, being a junior in the industry and what the competition means to him.

Time in current role/time at the company:

I’ve been a media executive for 1.5 years and been at Bohemia for 2.5 years.

What does being a Young Lions finalist mean to you?

Honestly, it’s surreal. Just submitting something in the first round that I was proud of was such an unbelievable achievement – and something I’ve never done before. But to then get the call up for the final three, and ultimately get chosen to go to Cannes to represent Australia; I’m still reeling. It means so much.

What are you most excited about seeing/doing at Cannes Lions?

Competing. Definitely competing. We know that the competition over there will be intense – we’re competing against the some of the world’s best young strategists. But I cannot wait to get up there and give it a red hot crack.

What role do you think Cannes Lions plays in the industry?

It’s the absolute pinnacle of creativity within an industry that breathes creativity. I think it is about celebrating the best work we do, challenging us, and at the core pushing the industry forward.

What’s the best thing about the industry you work in?

I know it’s cliché, but definitely the people. Media seems to attract the most eclectic group of people imaginable, all of whom are clever, fun and caring. I’ve met so many great friends and had so many great mentors – and the two aren’t mutually exclusive.

And the biggest challenge?

For me personally, it’s navigating the disconnect between those in media and those outside of it. Most people don’t really understand what we do; while we are all obsessed with it. My housemates, for example, still get really annoyed that while we’re watching TV I insist on watching all the commercial breaks.

Whose job have you set your sights on in the future?

The long-term dream job is definitely to be the media or marketing director of either a major football club (think Manchester United or F.C. Barcelona), or a major film studio. Shorter term I’m not actually sure; I’m still relatively new to media so want to continue exploring all the various avenues and seeing what I love most.

My favourite advert is (and why):

This is probably a bit of a faux pas in such a creative industry, but I have to go with the All-Bran ad (“All Bran is Delicious” – “Tall Jan is malicious”). I’ve seen it a thousand times and still chortle every time.

Well… I have 10 toes. When one of my best friends started at Bohemia, he was quietly telling everyone I had nine toes due to a lawn-mower accident in my childhood – and it somehow stuck.

I’ll still be in media. I don’t know what I’ll be doing exactly, but I’d wager I’ll be having a lot of fun and hopefully bringing awesome ideas to life.