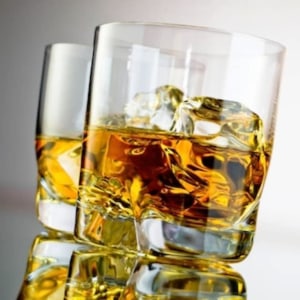 Public health experts have warned current regulation allowing alcohol brands to advertise during live sports are damaging to young people and called for a global ban.

A collection of 14 new global reports published in science journal Addiction, claims young people around the world are exposed to extensive alcohol marketing, despite regulations in place, adding that current controls “appear ineffective” in blocking the association between youth exposure and subsequent drinking.

It calls for a global ban on all alcohol advertising, promotion and sponsorship and an end to self-regulation. Instead it wants more government intervention and regulations to be set outside of the alcohol industry.

A global agreement on the above would aid individual countries' efforts, the reports suggests. It also says collaboration between movements against other “harmful” substances such as processed food, sugary drinks, tobacco, and breast-milk substitutes, would be beneficial.

The supplement was funded by Alcohol Research UK and the Institute of Alcohol Studies.

Australia operates a strict self-regulation environment for alcohol advertising, which all major advertisers sign up to, however this is being called into question. Australian advertisers are governed by the The Alcohol Beverages Advertising Code (ABAC) Responsible Alcohol Marketing Code, which complements Australian legislation, the AANA Code of Ethics and media-specific codes relevant to the placement of marketing.

The ABAC code has specific terms relating to responsibility towards minors, and ads may not appeal to minors; depict a minor or an adult under 25.

Chris Brookes of the UK Health Forum, says: “Governments have previously approved self-regulatory measures on alcohol advertising; however, we can no longer say that they might work to protect our young people – they don’t. In a literature review of more than 100 studies, none were identified that supported the effectiveness of industry self-regulation programmes.”

Lead editor, professor Thomas Babor of the University of Connecticut, says: “Governments are responsible for the health of their citizens.  No other legal product with such potential for harm is as widely promoted and advertised in the world as alcohol. These papers provide a wealth of information to support governments in their efforts to protect children and other vulnerable populations from exposure to alcohol marketing.”

The alcohol industry has hit back saying the calls for a blanket ban on acholm advertising is “wrong” and “not based on fact”. Alcohol beverages Australia adds that it ignores recent government statistics that show a steady decline in underage drinking.

Alcohol Beverages Australia executive director Fergus Taylor says in a statement issued to AdNews: “Anti-alcohol activists have been trying for years to blame alcohol advertising as the cause of underage drinking, but the inconvenient truth for them is this claim is simply not supported by official data.”

“The suggestion current controls in place are ineffective and that further regulation is needed in Australia to curb underage drinking are wrong. Current regulations to protect children are highly effective, and there is compelling data to support this. Underage drinking is in steady decline across the country and has been for some time. The fact that this decline has occurred during a period of increased alcohol advertising is a clear indication that regulations in place work, and work well.”

Alcohol Beverages Australia says that data from the Australian Institute of Health and Welfare shows fewer people aged 12–17 years old are drinking alcohol and the number of young people choosing not to drink alcohol at all is increasing significantly. It also adds that the age at which younger people have their first drink has risen and binge drinking is on the decline.

He went on to outline the “vigorous and successful” regulation of alcohol advertising in Australia, including robust guidelines, codes of ethics, state and territories licensing as well as a responsible drinking initiative DrinkWise which the industry fully supports.

“Without question, continuing downward trends in underage drinking is an important national responsibility, requiring a combination of education and strict enforcement on underage sales, and the alcohol industry is committed to ensuring this continues to occur.”

The AANA concurs. A spokespoerson for the AANA says: “All the available evidence shows that responsible advertising neither causes people to drink to excess nor does it contribute to the problem of underage drinking. In both cases, peer norms and parental example are by far the greatest influences on when and how young people drink.”

The issue is not a new one. The alcohol industry, much like fast food, constantly faces criticisms for irresponsible advertising, particularly loopholes in regulations which allow alcohol brands to sponsor sports teams, and advertise during live sports on TV during timeslots which would otherwise been out of bounds.

A year ago the Obesity Policy Coalition (OPC) published a report slamming self regulation around “junk food” and calling it a “charade”. The AANA, which represents advertisers in Australia, stands by its mandate to uphold self-regulation. AdNews is awaiting a response from the AANA on the latest reports.

Brewers and spirits makers take the issue seriously and have codes of conduct and regulations to follow in terms of responsible advertising. AdNews is awaiting a statement from Alcohol Beverages Australia.

Alcohol brands are also major advertisers and sponsors of sports broadcast on TV - sometime which also causes contention. A Channel Nine spokesperson says the existing regulatory regime in Australia are “already very detailed and specific” adding that it abides by all regulations.

Steps have been made in Australia over the last 12 months to address issues of alcohol advertising, but they have been challenged by the industry. In South Australia, alcohol brands were banned from advertising on outdoor trams, buses and trains. It followed an ACT ruling which prevented the advertising of alcohol, junk food, gambling and weapons on buses.

Outdoor Media Association CEO Charmaine Moldrich said at the time that it was a concern for the whole industry – more broadly than OOH advertising.

At the time a spokesperson for Diageo said that a better approach would be for SA Government to look at education and awareness of the risks associated with under-age drinking.

There are signals that the public supports moves to curb the influence alcohol ads have on young people.

An independent survey, commissioned by the Alcohol Advertising Review Board  (AARB) in July 2015, found that 72% of Australians support legal controls to reduce young people’s exposure to alcohol advertising. Only 6% opposed. Also, 69% of Australians were found to support phasing out the promotion of alcohol through sports sponsorships.

The reports in Addiction also raise concerns over the lack of regulation around alcohol brands advertising on social media. An AARB report last year also raised similar concerns over brands using emerging platforms such as Snapchat, which have a predominately youth-focused audience.

One of the key findings of the reports was that during the 2014 FIFA World Cup alcohol marketing practices frequently appeared to breach industry voluntary codes of practice.

Alcohol brands have long been a mainstay in Australian sport, and sponsorship is regulated by the Alcohol Beverages Advertising Code, which has a government representative in its five-strong Management Committee, and ensures ads don't have “strong or evident appeal to minors”.

A statement on its website says: “The responsible consumption of alcohol can be an enjoyable part of a healthy lifestyle and the Australian alcohol beverages industry advertises responsibly. Restricting the industry from advertising is about changing the way Australians think about alcohol and drinking.

Enjoying a drink with mates at a sports game is part of Australia’s DNA and the industry is rightly proud of its sponsorship of Australian sport – from the smallest local clubs right up to our iconic national teams.”

The list of brands associated with Australian sport is a long one. VB's long association with Cricket, NRL and NSW Rugby League, Carlton Draft and the AFL, XXXX is behind the QLD Rugby League. Coopers last year signed on as the official beer of the Australian Tennis Open while Aperol is the tournament's official spirit, Heineken is the official drink of the Formula 1 replacing James Boags.