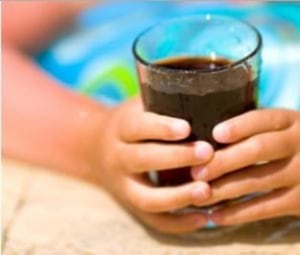 Self-regulation of the advertising industry is coming under attack, again. This time it is a renewed call from the Obesity Policy Coalition (OPC), which claims self-regulation as relating to marketing ”junk food” to children, is a “charade” as advertisers are “making, breaking and rewriting the rules” as they see fit.

In a new report, the Obesity Policy Coalition lobby group has claimed the “charade of ‘responsible’ junk food ads [is] worsening”, calling out advertisers for claiming to be responsible in their approach yet “exploiting rules” and failing to protect children.

The 'End the Charade' report claims advertisers are exploiting loopholes in self-regulatory codes and that the situation has gotten worse since its previous report of 2012.

It says “looser definitions” of what healthier food is, “weakened interpretation” of advertising targeting children, and a “slow, complex” complaints system renders self-regulation of advertising inefficient and allows advertisers to “make, break and rewrite the rules” as they see fit.

The group calls for action to protect children from messaging from “junk food brands” and is calling for the government to step in with more heavy handed legislation to reduce children’s exposure to unhealthy food marketing and minimise the influence of food advertising.

It also wants the Australian Communications and Media Authority to monitor and measure children’s exposure to unhealthy food advertising on television.

It says “sneaky tactics” are being used, leading to children being “bombarded” with “junk food advertising” which puts them at risk of obesity and feeds the rising rates of obesity in Australia.

The report names Kellogg, Nestle and Peter's Ice Cream as offenders, specifically highlighting Kellogg marketing Coco Pops to children under the guise of a “looser definition of healthier food” and Nestle for targeting Wonka chocolate at children.

It also highlights flaws in the complaints procedure, which it says is "not transparent or procedurally fair", highlighting an ad which drew complaints, but because the self-regulation system is “slow” it was not investigated because the campaign had finished before the complaint reached the Advertising Standards Board.

OPC executive manager, Jane Martin, said: “At a time when one in four Australian children are overweight or obese, we should not be leaving their well-being in the hands of the food and advertising industries whose main goals are to sell food and drinks, not improve the health of the next generation.”

“Despite strong growing evidence of the powerful influence food advertising can have on children’s diets, Australia’s already weak system for protecting children from unhealthy food marketing has gone backwards … we cannot allow the charade of self-regulation to continue.

“The food and advertising industries seem to be primarily motivated to merely create an appearance of corporate social responsibility and ward off tighter government regulation. It will only be through significant improvements led by government that children’s exposure to this type of marketing will be reduced and their diets and health improved.”

The OPC is a group of public health agencies comprising Diabetes Victoria, Cancer Council Victoria and the World Health Organisation Collaborating Centre for Obesity Prevention at Deakin University, with funding from VicHealth.

The industry is vehemently behind self-regulation and AANA CEO, Sunita Gloster, said earlier this month at the body's end of year drinks, that while self-regulation is continually under attack with evermore calls for government intervention, the AANA's mandate remains strong.

The AANA is currently “digesting the report” and will offer a statement later today.

The Olympic Committee has also come under attack for allowing brands including Coca-Cola, McDonald’s and Mondelez to be major sponsors of the sporting event. Jane Martin said then that such partnerships “lead people, children in particular, to believe that sport and junk food are complementary and go hand in hand - when it couldn't be further from the truth”.

It's not just self-regulation around so-called junk food brands that is up for debate. Last month the AANA published an open discussion paper around a self-regulated code of practice tackling gambling brands and when they are able to advertise. It is open until 18 December, but Deakin University's public health and marketing researcher, Samantha Thomas, has already said that what is needed is government-imposed restrictions.

Earlier this year, Greens Senator Dr Richard Di Natale made a push to close a loophole allowing “vice” industries such as junk food, gambling and alcohol to advertise during live sports, calling for a complete ban.