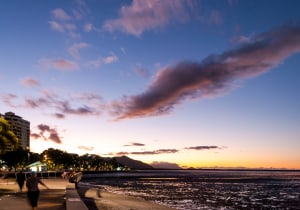 Most top marketers at national brands live in areas such as Sydney, Melbourne and Brisbane. But are enough looking beyond these metro bubbles at further marketing opportunities?

Marketers need to stop obsessing over metro-focused marketing and wake up to the lucrative slice of pie that regional ad spend can bring.

Speaking to AdNews, Southern Cross Austereo (SCA) CEO Grant Blackley says the network has been left surprised by how many national brands limit marketing to metro areas such as Sydney and Melbourne only.

“There is a disproportionate amount of spend going into regional marketing – it has most definitely been under-invested in,” Blackley says.

“We spoke to one large national advertiser and were surprised they had only ever carried out marketing in metro areas.”

In SCA's results for first half of the financial year 2018 revealed last week, SCA noted how its regional media assets performed well, with revenues growing by 4.6%.

He says it's hard to say which of the three reasons above predominantly led the increase, but the education piece has been a huge success. In 2017 SCA embarked on a roadshow-style mission to educate marketers and clients on the benefits of regional marketing.

“We have validation that it has worked as we see more brands change-up their marketing spend to incorporate more regional areas.

“There is no question that this has had a huge impact and is something we are going to aggressively continue.”

Blackley says regional radio is the “stalwart of the business” and the company has plans to increase market conversations it is having with advertisers and agencies on regional marketing.

Should the wider industry be doing more?

John Broome, the former Kellogg and Unilever Australia CMO turned CEO of Australia's peak advertising body the AANA, says there is more scope for both advertisers and the AANA to increase its respective awareness of the potential and effectiveness of regional marketing.

“From my own experience I recall impressive ROIs despite smaller markets and reach relative to metro,” Broome says.

“It's something that the AANA is already evaluating and I think there is a good opportunity to work with the industry to bring the advantages and benefits to advertisers’ attention.

He says the regional marketing opportunity also “neatly dovetails” with the opportunities for SME advertisers and the growth of this business sector.

SCA is not the only radio network upping regional marketing moves.

In January this year Nova’s Kate, Tim & Marty, announced it would expand beyond the metropolitan market with the show to be syndicated across 48 regional stations.

At the time, Nova Entertainment Sydney's GM Luke Minto said the extension of the drive show allows these regional areas to secure content as well as more market opportunities across radio, podcast, mobile and social platforms.

“Syndication will provide greater promotional opportunities for both the Nova Network and the regional stations,” Minto said.

Despite this, many agree that large national advertisers under index in their regional marketing spend.