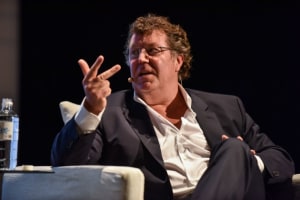 Radio network Southern Cross Austereo (SCA) has seen net profit and revenue drop for the first half of the financial year 2018.

“With the systematic divestment of non-core assets, including the Northern NSW TV licence and 45 transmission towers, the company has successfully reduced debt and leverage to improve the company’s financial health, laying the foundation for a successful refinancing of our debt facilities and accompanying reduction in finance costs.”

SCA, which operates the Triple M and Hit networks, saw metro radio revenue for the group fall by 3% to $121.4 million in the first half. This was in part due to the poor performance of 2DayFM breakfast and declines at the Triple M Network.

"We re-iterate our commitment to improving 2DayFM breakfast," Blackley said. “Most recently we expanded the line-up and broadened the 2DayFM music format.”

Blackley also stressed that “digital radio is coming of age” and that the strength of its digital stations, that it has aggregated as collective audiences, is a big lure for advertisers.

In December, SCA revealed that Channel Ten's Family Feud host Grant Denyer was set to join the Hit Network. Denyer joined Em Rusciano and Ed Kavalee on Sydney’s 2Day FM breakfast show on weekdays from 6am in 2018. The breakfast show slot has been a tricky one for SCA, having axed Rove & Sam in 2016 due to plummeting ratings.

Melbourne-based Rusciano and co-host Harley Breen took over the slot but failed to make a real dent in Sydney breakfast – something SCA's head of content for Hit Network, Gemma Fordham, said will come in time.