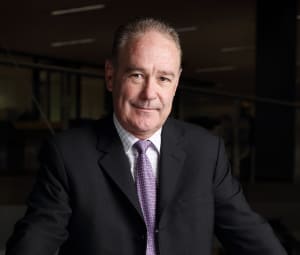 Department212°, so called because water boils at 212 degrees fahrenheit, aims to pick up the mid-size accounts that O'Brien said were not receiving the service they deserved from bigger, stretched agencies. He said the fact that independent agencies such as Match and Bohemia were doing so well illustrated that there was an opportunity to carve out a niche.

"A lot of people will give us an opportunity. I spent a lifetime working at the big agencies. I'm not downplaying that. But they don't always receive the thinking, the relationship and the connection they deserve. Our focus will be service and the business relationship-driven."

The agency will launch with initially four people on board. O'Brien wasn't naming names yet but said they were all experienced pros. It is likely that he will use his close contacts at previous employers to recruit those that fit the bill. "That's the difference. I've seen within agencies the number of young people looking after big chunks of business. I know from experience that clients like a bit of knowledge. There are lots of smart people within [the big] agencies but they are stretched. We'll focus on proper service, intelligence and that connection back into the media owner."

He said that the agency would aim to pick up half a dozen clients this year, but wouldn't hang a billing figure around his neck. He added that the business would sell itself on a low client to staff ratio and would "prefer not to ask for fees or retainers and to be paid only when we perform".

O'Brien was brought in to stabilise Ten's sales operation by James Warburton in June 2012. The former PHD boss then brought in Lou Barrett to help try and turn the company around. After Wharburton's departure in February 2013 and Hamish McLennan's appointment to the top job, O'Brien stepped down in July. He told AdNews he'd spent time traveling and considering his next move and that the last three months had been spent sounding out recruits and potential clients for the new business.