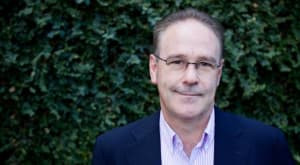 O'Brien resigned from the top post at media agency PHD in March this year. He replaces Mike Morrison who left the TV network after mere months in the role. Like O'Brien, Morrison's background was on the agency side. Morrison was chief executive James Warburton's first key hire after assuming the position at the beginning of the year.

Warburton said: “Barry needs little introduction. His reputation, experience and comprehensive understanding of the media planning and buying process, plus his long-standing relationships across the media and marketing industries, will be invaluable for Network Ten.

“Barry is a proven leader and will provide direction for the sales team, while nurturing the next generation of sales executives at Ten.”

O'Brien said: “I was delighted when James approached me about joining Network Ten. Ten has a new management team that is clearly focused on renewing and building the company's creative content, and improving its ratings, revenue and earnings.

“This is a fantastic opportunity to join one of Australia's great media companies at a time of positive change. I'm looking forward to leading the sales department to help realise Ten's potential.”