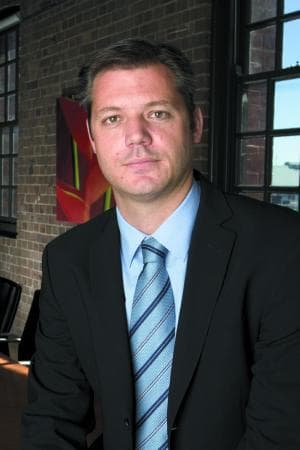 Ten boss James Warburton has been sacked by the board after a tumultuous year for the network.

After a troubled year at the helm, Ten chief executive James Warburton has been sacked by the board and will be replaced by News Corporation executive Hamish McLennan at a salary of almost $2 million.

Warburton has been the boss of the embattled TV network for just over a year. His tenure has been marred by failed programming decisions and a shrinking share of the TV ad market. Free TV/KPMG figures for July to December 2012 showed Ten’s share plummeted to 21.57% from 27.03% year-on-year. SMI figures for January reported a 6.6% decline in Ten’s media agency bookings.

Several high profile programming failures gripped the network last year. Everybody Dance Now was cancelled after less than three weeks on air while other casualties included the revamped version of Young Talent Time, The Circle, The Shire and Breakfast. More recently, Ten's MasterChef: The Professionals has struggled to keep up against Seven rival My Kitchen Rules in a timeslot face-off. On Tuesday, MCP rated 411,000 viewers to MKR's 1.97 million.

Ten chairman Lachlan Murdoch said: “The board would like to thank James Warburton for his hard work and contribution during what has been a difficult period for the company and for the broader media sector. He steps down with Ten’s best wishes.”

Former Y&R global chairman and chief executive Hamish McLennan has been tapped to fill the role. He is currently the executive vice president, Office of the Chairman, at News Corporation, and chairman of REA Group.

Murdoch added: “The board is delighted to have been able to attract a world class chief executive and managing director of the company.”

McLennan said: “Ten is a media business with a strong balance sheet and excellent staff. I look forward to leading Ten through a period of creative renewal and financial growth.”

McLennan will start in the role on 18 March and will collect a fixed salary of $1.97 million. From 1 September 2013, he will also be entitled to participate in Ten’s incentive scheme.

Warburton’s appointment at Ten in 2011 resulted in a public court battle between Ten and his then-employer Seven Network, where he was chief sales and digital officer. He was hired by Ten in March 2011 but didn’t start at the network until January 2012 due to terms imposed by the NSW Supreme Court.