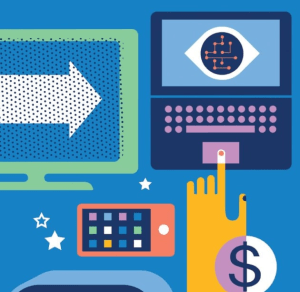 Ad spend in Australia is expected to reach $17.2 billion in 2019, with advertising video on demand (AVOD), such as free-to-airs catch-up services Nine Now and 10Play, providing the greatest boost and print experiencing the most significant decline, according to GroupM.

In its bi-annual forecast, the group expects the local market ad spend to increase by 4.4% next year, making it the eighth largest in the world.

GroupM compiles the results by combining its ad spend data with insight from its trading experts.

The biggest market is China, despite its lowest growth rate yet, with an ad market worth US$90 billion. Second is the US followed by India, Japan and the UK.

TV is forecasted to get a reprieve from years of decline, with a 1.2% growth fueled by AVOD's rise.

Nations with the biggest predicted ad spend in 2019

However, the report says other traditional mediums are still experiencing a decline as they fail to keep pace with the shift to digital platforms.

Regional TV and print are both set to decline next year, with regional experiencing a 0.5% decrease in ad spend and print the largest hit with a 5% decrease.

Despite the rise of digital out of home, the channel is expected to experience a slow down in ad spend, with a 4.5% rise compared to last year's 11.6% rise. This brings the sector's ad spend to $976 million next year.

The out of home space has been credited for being able to modernise itself at breakneck speed over the past few years, which provided it with eight years of consecutive growth this year.

Gambling ad spend continues its sharp rise, with GroupM predicting it will grow by 18% despite being hit with new restrictions and political pressure mounting to crackdown on the category.

Zenith also released its ad expenditure forecast for 2019 and predicts it to be just shy of GroupM's $17.2 billion.

Instead it expects the Australian market to grow by 3.3% to reach $16.7 billion.

According to Zenith, online video and paid searches are driving the growth in global ad spend, as advertisers focus on personalised and targeted communication.

Between 2018 and 2021 it predicts online advertising will grow by US$20 billion and paid searches by US$22 billion, contributing a combined 60% of the extra ad dollars added to the market over this time.

All media, except print, is predicted to be stable, with out of home and the internet performing the best.

Zenith head of investment Elizabeth Baker said this can be attributed to digitisation of the sector.

“With the recent ACCC approval of both the JCDecaux/APN and Ooh!Media/Adshel mergers, this should continue to see the sector thrive,” Baker said.

“Operating cost efficiencies gained from the merger will undoubtedly unlock greater investment in technology, infrastructure and digitisation, and the greater depth of assets should result in better product offerings for advertisers.”