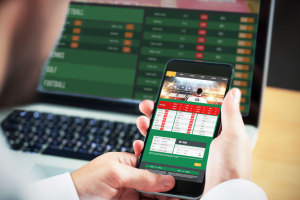 Sports gambling has taken a hit as a new rule has been released restricting gambling advertising during live sports streaming.

The growth of online sports streaming and gambling has led The Australian Communications and Media Authority (ACMA) to introduce a piece of legislation that ensures streaming platforms will not advertise gambling during live sports events aired on the internet between 5am and 8.30pm.

Simulcasts have been labelled as an exemption as they already have to be compliant with television broadcasting rules. This is based on the assumption that the responsibility rests with the original broadcaster.

If at any point the online stream is not the same as the transmitted broadcast, then the new rules will apply. Individual exemptions can be granted, subject to conditions and on a case by case basis.

Australian-licensed wagering services are immune to the new rule by ACMA. Businesses already have to adhere to the Anti-Money Laundering and Counter-Terrorism Act (2006) and associated rules.

Online platforms are regularly seen as the upcoming successor of broadcasts and this is the first-time live streams are being brought to line with broadcasting agencies. These changes have been created to create a safe space for under-aged individuals and their families, allowing them to experience sports without harmful gambling content.

ACMA is set to enact the new rules on the 28th of September which will apply to e-sports as well.