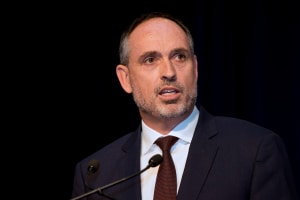 The rapid growth of online media in the past decade has seen “traditional” media – television, print, radio and out of home (OOH) – lose some of its once lustrous reputation in the marketing industry. Yet one of those traditional media, OOH has been able to buck the trend and reinvent itself in the digital era. In doing so it has increased its audiences, and revenues.

As it edges closer to being a $1 billion annual industry, just over 47% of that revenue is now in digital billboards and signs.

Ooh!Media, one of the biggest players, now has more than 8,000 of its 20,000 sites digitised, delivering 64% of its revenue. With its recently completed $570m purchase of Adshel from HT&E, that will only increase.

The most obvious improvement from digitising its sites is the ability for marketers to update the ads immediately. Not only does that save time and money from the traditional printing and posting of the ads, but it allows advertisers to be more contextually relevant. If bank interest rates go up or down, the ads can be changed immediately. If a brand wanted to do a one-day price special, the ads can be updated. If it’s a hot day, the ice cream and soft drink companies can post an ad to convince the consumer to buy their brand. If it’s a wintery day, the gravy companies can do the same.

It also lets advertisers communicate multiple product benefits of their brand, at once or at different times in the day. Car companies can highlight fuel efficiency in one ad, road handling abilities in the next, and finance options on a third. Fast food chains can advertise their lunch menu in the middle of the day and dinner menu as commuters are driving home.

The less visible advantage of a digital OOH network is the data it generates, allowing the targeting of more specific audiences, particularly when combined with other relevant and complimentary data sources. Marketers are being challenged to ensure that every dollar of their budget delivers a sales result, so using data to better understand and target consumers is a necessity.

In 2016, oOh!media and Quantium announced a data partnership, with the former’s CEO, Brendon Cook, saying the partnership would enable a telco to target “high-spending pre-paid customers versus the traditional demographic of 18- to 39-year-olds”. Others in the OOH industry have also made inroads into providing richer data to help advertisers plan and buy more effectively.

In 2017, CommBank was one of the first advertisers to make the most of the OOH industry’s new digital, data and contextual creative abilities. The bank used its own live data from customer surveys on ATM screens, to deliver creative digital ads tailored to an area or state. One outcome was a billboard on a major Sydney freeway with the headline: “47% of New South Wales believe the Australian dream of property is still a reality”.

These are just a few examples of what can be achieved. The recently announced oOh!media Unmissable Awards provide a great opportunity for brands embracing out of home's new capabilities, to showcase their innovative thinking and how they have delivered powerful integrated marketing communications. The award entries received to date highlight campaigns that build deep engagement with their audiences through the combination of contextually relevant creative in multiple Out of Home environments, powerful and targeted native content, and insights gleaned from rich data.

There are two obvious next steps with outdoor’s new abilities around digital, data and contextual and immediate ads. The first is to progress into the programmatic media buying and selling space that is prevalent in online advertising. Major outdoor player Clear Channel, as well as Google in conjunction with JCDecaux, have recently launched such offerings in the UK.

The second is to make the viewability measures more consistent and accurate for advertisers in the digital out of home space. The Australian outdoor measurement body, MOVE, has recently announced a $10 million investment to do this. This needs to overcome the issue of different digital signs rotating varying numbers of ads. Advertisers need to know exactly what impact their ads are having. The current system only recognises that each site has one advertiser and not a number on rotation.

The OOH industry in Australia attracts 6% of advertisers’ media budgets and this has been growing steadily in recent years. The latest research from the UK’s IPA shows that spending more of your media mix on outdoor leads to stronger results. Those advertisers who spend 15% or more of their media budget on outdoor are seeing 26% increases in profits and 30% increases in market share.

When considering this research and the pivot that the outdoor industry has made, with new abilities around digital, data, content and contextual ads, there are very good reasons for marketers to reappraise what once was seen as a traditional medium.

*An abridged version was published in The Australian on 19 October.