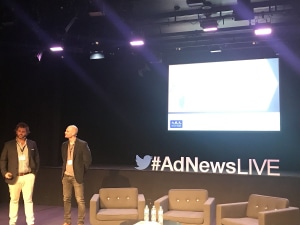 The Australian media is “frighteningly” white and the nation is lagging behind in its representation of broader media, believes The Monkeys co-founder Scott Nowell and former Meat and Livestock Australia (MLA) top marketer Andrew Howie.

The pair were speaking at AdNews Live! Reframing Australia in Sydney yesterday (15 November) to address the changing face of Australia, and talk through how The Monkeys and MLA tackle multiculturalism in marketing.

For over a decade, MLA has been renowned for its Australia Day and spring lamb ads that for the past several years have focused on the theme of diversity and inclusion.

Howie, who recently announced he was joining Westpac, said that as Australia’s cultural variety has evolved, MLA has had to evolve its brand to target a diverse, younger Australia.

The result has seen the brand achieve significant earned media and significant uplift in sales, but it's not been without controversy.

This year the MLA chose to move away from the Australia Day focus as it recognised that a significant segment of the population felt negatively about the date.

“Our intention was to show the true face of Australia and not just the one we see on television,” Howie added.

The process of creating the ad was difficult, Howie and Nowell admitted. The ad focused on the settlement of Australia, which can be a sensitive subject for the indigenous, so the agency and brand were constantly in consultation with Reconciliation Australia.

The script was leaked, an actor refused to deliver his lines on the day of filming and there were some complaints made to the ad watchdog, but ultimately the campaign was a success, says Howie.

“Sometimes to find where the edge is you have to put your toes over the side,” Howie said, adding that its unlikely the brand will ever get everyone on side with the bold work its doing.

“We are not controversial for the sake of it but we are prepared to say what people won’t. Often they are things that people are talking about and the topics of conversation around water coolers but not said in the open.”

Howie and Nowell did admit they’ve gotten it wrong in the past, admitting that naming its 2016 campaign ‘Operation Boomerang’ was an oversight.

While this type of bold advertising is what we’ve come to expect from MLA under Howie’s leadership, he admits it’s probably not what you’ll see from Westpac when he joins in his new role.

“Banks don’t want controversy so don’t expect to see this stuff going on, but you can expect to see work that you enjoy watching,” Howie said, adding that he’d like to see the brand explore its purpose and own a time of year as MLA had previously owned Australia Day. 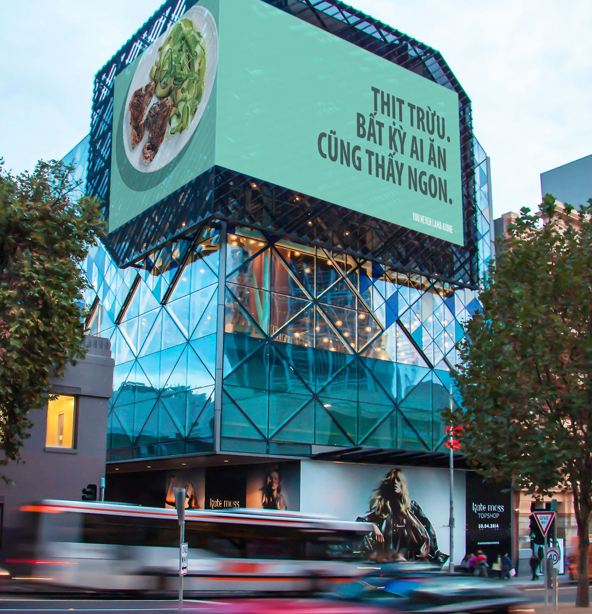 It's not just the creative direction that MLA used to make sure its marketing is targeting all communities. Media choice plays an important role.

“The way we used to target people was fairly simple. You’d buy a slot on 60 minutes and chuck a 30-second ad in there and you’d reached 80% of the population. But the reality is that Australia has moved on,” Howie said, adding the brand had to rethink its approach to target younger Australians.

As part of the push, MLA and The Monkeys worked with Ooh!Media and multicultural agency Identity to place ads in several different languages in locations where various cultures live, as well as in brail.

The campaign resulted in 305 pieces of news content and a 36.9% sales uplift.

“It got to the point now our organic views are so high our media mix is very different to the days of Richie Benaud’s BBQ,” Howie said, which means the brand can invest what some of what it used to spend on media back into the creative process.

In another session earlier in the day at the AdNews Live! event, Greens MP Mehreen Faruqi  said advertising that attempts to be culturally diverse can often perpetuate stereotypes.

She also said that the inclusion of one Asian or Muslim is often a “box-ticking” exercise.
For MLA, playing up to those stereotypes has been a part of its strategy, both in its non-Australia Day ad and its spring campaign.

Nowell said that the worst thing a brand can do is be tokenistic, but that it made a deliberate decision to include every culture in the MLA spring ad, to tackled the topic of diversity head on and make a comment on the stupidity of tokenism.
When asked why the media is so white-washed, Howie shared his strong belief that Australia is actually backward in a lot of its beliefs.

“We are not a forward society. We aren’t as easy going, as we’d like people to think. It’s a façade we put up,” he said.
“There has been so many shameful things in our history and we’ve never been very welcoming to people here. So many brands are not prepared to go and do this because unintentionally they are still living in the past.”

The event was sponsored by Val Morgan, The Epoch Times and Multiconnexions.