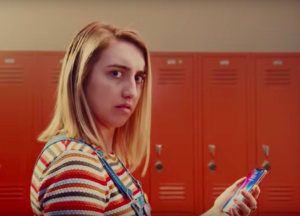 Apple's Unlock spot picked up a Bronze Lion in the film category at this year's Cannes Lions.

For the eighth year running, Neuro-Insight has teamed up with AdNews to unlock the brain’s take on creativity, by taking a deeper look at some of the Cannes award winners from this year.

Apple had several entries at Cannes this year with the Unlock campaign winning a Bronze Lion in the film category.

Neuro-Insight measured and analysed brain activity to see how female and male viewers responded to this ad. The specific technology used by Neuro-Insight is founded in work originally developed for academic and neuroscience research, and has been previously used to analyse the effectiveness of Cannes award winners.

Neuro-Insight technology allows us to record viewer’s second-by-second changes in approach (like) or withdraw (dislike), emotional intensity, engagement and memory as they watch an ad.

The measure Neuro-Insight predominantly focusses on, based on its strong and highly-researched link in influencing consumer behaviours is long-term memory encoding. This measure reveals what the brain is storing (or encoding) into conscious and unconscious long-term memory.

Neuro-Insight’s memory encoding graph reveals how elements of the ad are stored in long-term memory. The higher the graph, the more strongly that moment in an ad is stored in memory and the more likely it will influence consumer behaviour.

Apple – Unlock with a look

The Apple Unlock ad opens on a girl who realises that she can – with a mere glance at her Apple phone –  unlock much more than her phone. The creative then runs through a series of fast-paced ‘looks’ that unlock everything from lockers, art rooms, science experiments and even a guy wearing a huge locked chain.

While the principal focus of these reports is long-term memory encoding, the measure most strongly linked to consumer behaviour given the theme of this ad is male and female differences in engagement and emotional intensity.

By focusing on the key explosive actions of the girls’ profound unlocking powers, it becomes apparent that females process this ad with much more emotional intensity (32% more than males), but with lower engagement than males (see chart below).

Ads with this level and mix of neuro measures tend to be associated with anxiety and these high emotions are not an automatic guarantee of effectiveness.

Male viewers on the other hand – who are generally much more relaxed about the chaos of explosions and the subsequent mess – show much lower levels of emotional intensity.

Males are also more engaged (18% higher than females) in the storyline – increasing towards the end scenes. This tends to have a much better payoff in terms of effective messaging compared to females.

Below are the time series graphs for both male and female viewers’ response to the advertisement. The red trace reflects memory encoding from the left hemisphere, which is primarily responsible for the encoding of the detail in experiences, such as text or dialogue.

The right hemisphere, which is reflected by the blue line, is concerned with the storing of global features, such as soundtracks, scenery, facial expressions as well as the emotional underpinnings of a particular experience.

There are two important observations when looking at the time series videos below.

This instantly tells us that males are processing far more of the details throughout the storyline and is an important indicator of how comparatively effective an ad is, against different groups.

These time series graphs/videos reveal the typical inconsistency of response between genders on the same ad.

The ad begins with very effective branding (high levels of memory encoding) within the first few scenes. This effectively ‘washes’ the ad with strong Apple branding and is a crucially important branding tactic, because the genders differ significantly from this moment on.

The ad culminates with strong final messaging – Face ID on iPhone X – but only on the male group, which appears to be driven by the text message a few moments earlier.

Overall, we would judge this advertisement to be not only creatively entertaining but also effective at branding.

The specifics of Face ID on the iPhone X messaging, however, were only successfully connecting with the male group. The explicit messaging around the iPhone X is much weaker with females – driven by conceptual closure (a temporary pause in processing where memory encoding falls dramatically) as the girl walks of screen.

*By Peter Pynta, director of sales and marketing at Neuro-Insight.