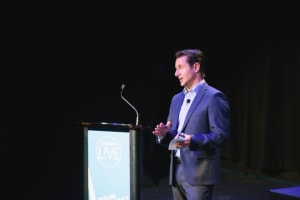 In the new role, Knott will be responsible for all of the American bank's paid, owned and earned media and report into CMO Kirstin Lemkau.

Knott's departure from NAB was announced in May this year and the bank is yet to name his replacement.

Prior to his role at NAB, Knott was the VP of media and digital for McDonald’s APAC, Middle East and Africa CMO and vice president of marketing at Salesforce.

He also worked on the agency side as chief digital officer of Havas Worldwide and spent more than a decade at Ogilvy.

During his two years at NAB, Knott introduced the 'More than Money' positioning and pushed for greater transparency within the industry.

He also shifted NAB towards a hybrid model of in-house approaches and rejigged the bank's agency roster. JPMorgan Chase is also interested in exploring the the in-house model approach and Knott's hire signals a greater focus on its media strategy, including search and programmatic.

Brand safety is also a big focus for JPMorgan, having scaled back the number of websites on which it advertises from 400,000 to 5,000 last year - a subject Knott has been outspoken on in the past.