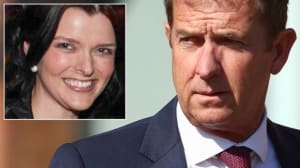 Seven West Media boss Tim Worner has been cleared of misconduct during and after an affair he had with former employee Amber Harrison, an independent investigation has found. The board has found no reason for further disciplinary action against the CEO.

The findings of the review were regarded as pivotal to Worner keeping his job.

Although Worner has received the full backing of Seven's board and had his name cleared by an independent probe, it could still take time for him to clear his reputation in the court of public opinion.