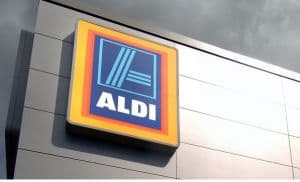 An apparently overlooked detail in Australian copyright law could threaten to bring a shattering halt to Aldi’s six-year, famed and frequently-awarded ‘Like Brands. Only Cheaper’ comparative advertising campaign.

An investigation by AdNews reveals that the print, outdoor, and potentially TV and radio spots for ‘Like Brands. Only Cheaper’ are susceptible to successful claims of copyright infringement.

The campaign has been a runaway success built on a platform by Aldi and its agency BMF which takes non-Aldi brands and pits them against the retailer’s own-brand versions by picturing them and the price difference side-by-side.

A version of the campaign also runs in the UK (where AdNews is also seeking clarification on the matter), but the problem arises in this jurisdiction because a crucial part of Australian copyright law states that comparative advertising cannot reproduce in print an artistic work (packaging, designs and logos), in which copyright subsists - without prior consent from the copyright owner.

“Comparative advertising can refer in plain script (without artistic works) to the competitor's products, but can't reproduce packaging designs and logos in which copyright subsists without approval from the copyright owner(s),” explained Clayton Utz partner, Chris McLeod, who specialises in copyright and comparative advertising.

Furthermore, under the Australian Copyright Act, copyright in an artistic work will not be infringed by including that work in a film or TV broadcast if that use is "only incidental to the principal matters represented in the film or broadcast".

McLeod suggested to AdNews that it could be safely argued that the use of non-Aldi brands in the TVCs is not merely ‘incidental’.

“The deliberate selection and depiction of artistic works in comparative advertising, in our view, is not incidental to the principal matters being represented and would not fall within the exception,” he says.

Aldi this morning has declined to comment. BMF has been informed of the issue and is yet to respond.

The legalities, seemingly completely overlooked by both parties, could have ramifications on the campaign’s continued use, particularly in print where the law is clearly defined, meaning that arguably its most powerful advertising tool – the free weekly direct mail catalogue – will no longer be able to carry the flagship adverts.

McLeod’s comments are supported by media lawyer Stephen Von Muenster, principal with Muenster Solicitors and Attorneys, who says: “The brand in question would need to take issue with the use of the packaging artwork.”

Only last month the retailer introduced a further two TVCs, one featuring a caveman pointing to two foil products (including Aldi's Goliath and rival McPherson’s), but in his silence, failing to vocalise any specific message, and another comparing chocolate in which the person in the ad cleverly states she likes both the Lindt product and Moser-Roth, the German chocolate produced by Storck for Aldi.

The delicate play of brand positioning is interesting.

“Mentioning competitors also means that a business might be giving aid and succour to the ‘enemy’. They may as well say ‘Brand [X] does exist and we’re really quite worried about them,” LexisNexis lawyer Paul Caddy says, writing on his company's blog out of the UK.

The Guardian in February reported that Aldi’s latest installment in Britain was "misleading and disingenuous" after the supermarket claimed it was more than 30% cheaper than its nearest rivals.

Lindt, Reckitt-Benckiser and Mars are currently in conversation with AdNews as to how, or if they will publicly respond, while the remaining brands could not be reached for comment.

Clayton Utz lawyers Chris McLeod and James Neil have written a detailed opinion piece on this particular pitfall for AdNews. It can be accessed here.