Advertising and the scary R word 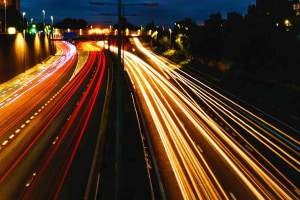 The word "recession" is being used more often as the industry tries to work out what happens in 2023.

Analysts are increasingly factoring in a fall in consumer confidence -- with a corresponding impact on ad spend -- as inflation rises, banks put up interest rates and fuel prices climb.

Investment banks are lining up to point to deteriorating economic conditions as a threat to ad spend, saying it seems that "ad revenues will be impacted" with a “consumer recession looming".

However, the local market is holding up despite challenges in the economy, with the Commonwealth Games ahead at the end of July into August to lift television spend, the travel bug returning as borders reopen, and cinema and outdoor media sprinting back with strength.

The major television networks have been reporting a strong advertising market. Seven's James Warburton says the marketing is shortening but that talk of a recession was "a bit of an overreaction".

The health of Nine Entertainmnet can be judged in the light of a special bonus awarded to staff, those not on an incentive scheme, for a successful financial year. In a May trading update, Nine was upbeat and said: "TV ad market conditions remain strong."

And Australians are spending. In the latest official retail trade statistics, sales are up by 10.4% on May last year. Cafes, restaurants and takeaway services ($4.8 billion) hit record highs in May.

MAGNA, in its mid year review, revised its 2022 global advertising outlook to 9.2% from 12%. This is still strong growth but: “The economic slowdown will really start to affect ad markets in the second quarter and third quarter, and Magna anticipates lower growth over the period of second to fourth quarter, as well as throughout 2023.”

For Australia, MAGNA forecasts the advertising market to grow by 10% to $A22.8 billion in 2022. The forecast is steady on MAGNA's December outlook and is higher than GroupM's expectation of 5.8% and just above Zenith's 8% to 9% prediction for 2022.

Nick Durrant, managing director, MAGNA Australia said: “Magna foresee another year of strong advertising growth in the Australian market, with the total market set to surpass $22.8bn. Digital ad spending will once again be the key engine of growth with digital spend forecast to grow by 13% whilst Linear will grow by a still respectable 4%.

“The second half of the year however carries much uncertainty and aggressive RBA activity to combat inflationary pressure may yet see growth in the ad market constrained.”

Analysts: “Given the consumer slowdown that Aust is already seeing with worse to come as rate rises progress and house prices fall, it seems inevitable that ad revenues will be impacted.”

And: “The economy is deteriorating. It's hard to remain positive on Media in the face of this.”

In Australia, Macquarie told clients: “We downgrade our view on the media sector to underweight (from neutral).”

The analysts say the market is at the beginning of a downgrade cycle and that “ad markets to be the most heavily impacted”.

Macquarie’s global macro strategy team has reviewed its economic outlook for 2022-23. The base case, a 60% probability, is for a “mild recession”.

The team: “Sharp slowdown is almost certainly necessary to bring inflation back to target and ensure that elevated inflation doesn’t become entrenched.”

In the US, Bank of America, in a research note: “The recent macro volatility is starting to have an impact on the advertising market.

"While companies that spend into a recession often emerge stronger, the market is tepid due to advertiser concerns over labour shortages, inflation and supply chain issues.”

This was reflected at Cannes Lions. The Wall Street Journal reported: “Concerns about the world economy and the war in Ukraine were never far from the surface at this week’s Cannes Lions International Festival of Creativity.”

Australian David Droga, CEO of Accenture Song: “Every client is nervous about what’s coming in the headwinds. This isn’t sort of ‘celebrating with champagne on the sinking ship’ type of thing. This is very much about … we have to be smarter, we have to be in it together, and more deliberative and strategic about how we weather this.”

IPG chief executive Philippe Krakowsky, in a panel discussion, said some clients “see the clouds and they’re starting to put away the lawn furniture…or batten down the hatches”.

"We believe that diversity of our business, again, this composition of broadcast, cable, theatrical, streaming, et cetera, is a relative advantage in periods of high inflation.

"I'd also point out that historically entertainment, including streaming and theatrical entertainment has fared well, when consumer confidence can be a little soft since it provides a great value for consumers trying to avoid high cost other ways, other areas.

"Advertising, it does have exposure for sure to the economy and to inflation, and it's a little choppy at the moment, but our best-in-class offering, which really combines those platforms in a turnkey way and adds creative capabilities and really world popular content will help maximise share for us in this time."