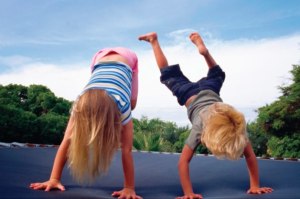 Australia’s advertising economy will grow by +10% to reach $A22.5 billion in 2022, according to the latest forecasts by MAGNA Global.

The outlook is more optimistic than forecasts from GroupM (6.2%) and Zenith (5%).

Digital advertising spending was up 28% to $A14.5 billion, representing 71% of total ad spend.

MAGNA: "Most of Australia’s population is now vaccinated against COVID (more than 80% of the 16+ population), which is another reason why the surge in COVID cases in recent month has not led to a significant slowdown in ad spending. Mobility is also back to close to normal levels."

Digital growth in Australia -- like in much of the world -- was significantly stronger than it has been historically, and better than expectations, in 2021.

Growth was led by mobile advertising spending, which increased by 37% to $A9.8 billion.

The main driver was pricing, as CPM inflation well above 20% did more than offset the erosion in ratings.

MAGNA says the Winter Olympics in Beijing in 2022, as well  as the T20 Cricket World Cup (hosted by Australia in October),  will provide a slight tailwind to viewing and spending.