The advertising market is shortening 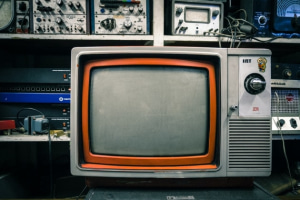 Talk of recession in the advertising market is something of an overreaction, says Seven West Media CEO James Warburton.

He’s getting a different message from advertisers and from media agencies but some advertisers are holding for the moment.

“We've seen the market shorten to about four-ish weeks when it was probably running more, like six or eight,” he told a media briefing.

“I think a good stat is the Commonwealth Games which is 70% sold and that starts July 28 … a good lead indicator.”

And that has led some commentators to raise the possibility of a recession.

However, media agencies see the market running high to the end of the year and into 2023. Consumers are still spending and brands are chasing them. But as inflation rises faster than wages, many will switch to cheaper brands.

Zenith, MAGNA and GroupM are all forecasting growth in ad spend in Australia.

On talk of a recession, Warburton says: “I feel it's a bit of an overreaction by the market in terms of the media sector globally.

"Certainly here in Australia, it doesn't look like it's going to be as bad. We'll have to wait and see.

“There's still a need to spend  …  clients need to do so in terms of brand building, and particularly with price rises.

“The market grew enormous numbers through COVID. So we're cycling back. Some SMI (Standard Media Index) numbers come out -- and some investors look at them -- but they went to zero during COVID, so of course it's up 80%.

“But it's still not back to where it was.”

Seven in May upgraded its expectations for full year earnings in a strong advertising market. In a presentation to the Macquarie Australia Conference, the company lifted the EBITDA (earnings before interest, taxes, depreciation, and amortisation) forecast for the full year to between $335 million and $340 million, up from previous guidance of between $315 million and $325 million.

Full financial year results are due to be posted in August.

At this week's media breifing, Seven chief revenue officer Kurt Burnette said: “Seven’s momentum and growth in reach and audience continues nationally across all screens and in the capital cities, regional Australia and digital.

“We are seeing strong demand from clients, particularly in terms of utilising 7REDiQ, our market-leading customer data platform to access the 12.5 million registered, verified users of 7plus to create actionable insights.

“We are also seeing unprecedented interest in the next wave of content that will be broadcast and streamed into Australian homes, including the Commonwealth Games, MKR, AGT, Australian Idol and Million Dollar Island. These will be huge audience moments that will deliver high engagement, high impact and proven results for brands.

“As we head into a new financial year, there has been no better time for advertisers to use the power of total TV and the certainty offered by the national market leader – Seven.”

Seven’s Chief Content Officer, Entertainment Programming, Angus Ross, said: “Our schedule for the back half is the strongest we have ever had – with an amazing combination of the best entertainment, sport, news and drama – and we have big plans and big shows for 2023, including several new shows we haven’t announced yet.

“Seven is clearly #1 so far in 2022 and we are going to make sure we take the crown for the full year, again.”