Advertisers pull out of 2GB in wake of Alan Jones scandal 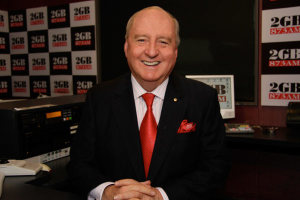 Jones has since apologised for his remarks, but his radio station faces a campaign to target advertisers led by online activists Sleeping Giants OZ.

So far, the Teachers Mutual Bank and Law Society NSW have publicly pulled out of backing the Macquarie Radio Network station.

The Law Society, which represents 30,000 solicitors, advised its members and followers that it found Jones’ comments “inappropriate” and “offensive”.

“The Law Society will not align itself with platforms that allow offensive, racist or divisive commentary in our community,” it added.

It's thought it was then given assurances of the steps being taken to prevent such things happening again, so as a result, resumed yesterday based on those assurances. 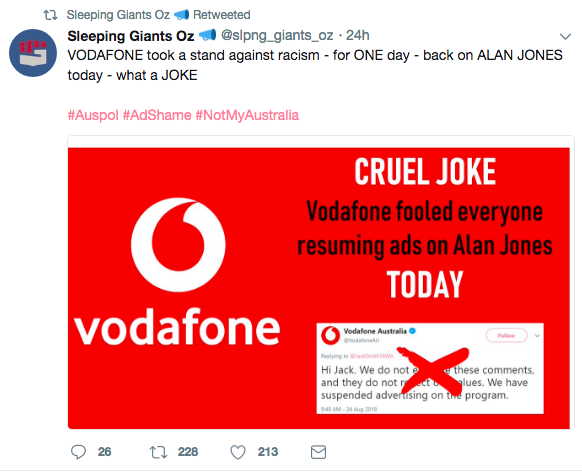 "We take this matter very seriously and immediately suspended advertising after the offensive comments were aired," A Vodafone spokesperson tells AdNews.

"We do not endorse these comments and they do not reflect our values. We have had direct meetings with the CEO of Macquarie Media who has given us assurances of the steps being taken to prevent such things happening again."

The scale of the boycott, at present, is small when compared to previous advertiser exodus against Jones and 2GB in 2012.

Jones is not the only right-wing commentators to face commercial pressure. Sky News is facing a similar advertiser boycott after it decided to run an interview with alt-right figure Blair Cottrell.

CEO of Macquarie Media Adam Lang says the business regards the comment as offensive and have treated the matter with the “utmost seriousness”.

“While there was no ill intent involved we understand that the phrase was offensive and Alan has apologised. We are grateful that so many of our clients understand the nature of this issue and continue to support our company,” Lang says.

“We are aware of entities on social media that are agitating clients of our company to remove their advertising from the program and from 2GB. We respect the decision of the few companies that have chosen that option and will welcome them back at an appropriate time.”