15 Super Bowl ad facts that you need to know 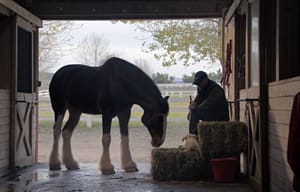 The Super Bowl commercials have become a cultural phenomenon, as anticipated as the game itself. The game is held in high esteem in the advertising world, boasting a huge audience and a wide demographic.

Over 40 businesses have already confirmed their place at this year's big game, with most brands including Budweiser, Bud Light, Hyundai and Heinz releasing commercials prior to the game.

With this year marking 50 years of the Super Bowl championship game, we thought we'd take a look back at what you might not know about its history.

2. A total $4.5 billion has been spent on advertising in the first 50 years of the Super Bowl, according to Ad Age.

4. The Super Bowl is the United States' most watched television broadcast; Super Bowl XLIX in 2015 set an all-time record for viewership at the game, with an average of 114.4m viewers, according to Nielsen.

5. Super Bowl XLVI set what was then a record for the price of a Super Bowl advertisement, selling 58 spots (including those longer than 30 seconds) during the game, generating US$75m for NBC.

6. The most shared Super Bowl ad of all-time is Volkswagen's 2011 Star Wars-themed ad 'The Force'. The ad was released on YouTube prior to the game, a move that was revolutionary at that time, and racked up over 17m views before kick-off. Today the spot has over 63m views.

7. Coca-Cola's 1980 ad 'Hey Kid, Catch' starring Mean Joe Greene won a Clio award and spawned a made-for-TV movie on BNC that re-made for other brands across the world. It has been rated the best, most successful Super Bowl ad ever.

8. One of the worst ads at the Super Bowl was Kim Kardashian's spot for T-Mobile, determined by The USA Today Super Bowl Ad Meter.

9. Coca-Cola's 2014 ad 'It's Beautiful' was the first ever ad to feature a same-sex couple in a Super Bowl commercial.

10. A total of eight PETA Super Bowl ads have been banned from the Super Bowl including this year's Vegan Sex commercial.

11. Due to Budweiser's long-term contract with the NFL, it has become one of the most prominent brands in the Super Bowl, with the 2014 'Puppy Love' commercial being the most shared ad for that year.

12. This is the 10th and final iteration of Doritos' Crash the Super Bowl competition. In 2009, the additional bonus of US$1m was added as an incentive to the winner, with 'Free Doritos' being named best ad by the USA Today Super Bowl Ad Meter poll.

14. The brand that has been named best ad the most number of years is Budweiser, followed by Bud Light, Pepsi-Cola and then Doritos, determined by The USA Today Super Bowl Ad Meter.

Have you seen the final three contestants for the Doritos' Crash The Super Bowl competition? Click here or watch below to see Australia's Peter Carstair's entry 'Doritos Ultrasound'.