Game over: Next Doritos 'Crash the Super Bowl' competition to be the last 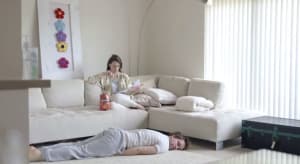 The hotly contested Doritos 'Crash the Super Bowl' competition is back for its last hurrah, giving film-makers the chance to create a 30 second ad with the coveted prize of being featured during one of the world's most watched broadcasts: the Super Bowl final.

For the past two years Australians have battled it out for the top spot, with “Doritos Manchild” by filmmaker Armand de Saint-Salvy selected to reach the top 10 earlier this year, beating out two other Australian ads to make the final stages.

In 2014, the tongue-in-cheek “Finger Cleaner” by Queensland-born director Thomas Noakes narrowly missed out on the top gong.

For the last time the winner of the competition will pocket $1 million dollars and the chance to collaborate with 300 and Man of Steel director Zack Snyder and work with Warner Bros. Pictures and DC Entertainment in a role custom-made to suit the winner’s interests. Two other finalists will receive $100,000 each.

Since launching in 2006, the Crash the Super Bowl contest has received 32,000 entries and has produced some of the most creative and memorable commercials to have aired during the the most watched broadcast on US television.

President of PepsiCo Global Snacks Group and PepsiCo Global Insights, Ann Mukherjee, said: “Over the past nine years the Crash the Super Bowl contest has provided a platform for our boldest fans to showcase their work, make a name for themselves and help shape the Doritos brand."

“Doritos fans all around the world are creative and share a passion for the brand that comes through in the fantastic work they submit for this contest and I can’t wait to see what they come up with this year.”

The commercial that receives the most votes on www.Doritos.com will air during the February 7, 2016 broadcast of Super Bowl 50. Entries are open until November 15.