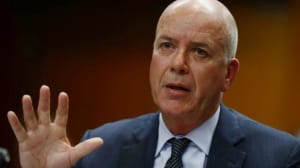 Fairfax CEO Greg Hywood has appeared before an inquiry into public interest journalism to face questions about the $2.7 billion offer from TPG, job cuts, the week-long strike by staff and his bonus.

In his opening statement, Hywood said the internet “significantly disrupted” the traditional media role, fragmenting audiences, taking away the advertising revenue and giving rise to the digital duopoloy, Facebook and Google.

This has halved the advertising revenue for publishers in just five years and Fairfax would have been out of business had the trajectory continued, Hywood said.

This led to Fairfax having to restructure its business, but Hywood says it continues to “invest deeply in quality journalism”.

He admitted that once 85% of Fairfax’s revenue came from advertising and only 15% subscriptions, but has now shifted to a 50/50 split. 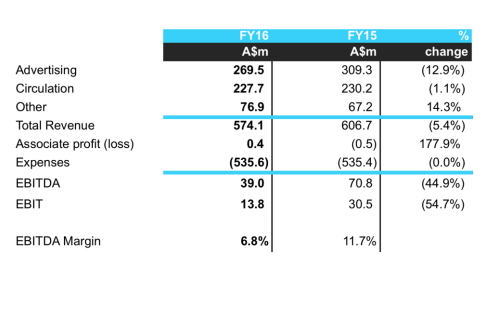 Addressing the job cuts at Fairfax, which recently axed 125 editorial positions, Hywood claimed there is more editorial staff at Fairfax papers than in the 1970s.

He said the company has been working for years to get metro publications towards a sustainable place in the market: "We want this to be the last big redundancy round".

Senator Kimberley Kitching, went as far as to ask Hywood whether some Fairfax staff call him “the Marie Antoinette of Fairfax”, according to BuzzFeed reporter Mark Di Stefano.

Hywood added that the creation of Domain “supports” Fairfax mastheads, such as Sydney Morning Herald and The Age. However, senator Scott Ludlam said this was a contradiction.

“We have some quite profitable businesses that have been spun off, raking in enormous revenues and profits and we have the editorial parts of the business being slowly starved to death,” Ludlam said.

Hywood responded saying shareholders support the company and if they see mastheads supporting Domain and streaming firm Stan, they invest more in the company.

Hywood hit out at the ABC and said he was concerned the public broadcaster is "using taxpayer money to drive traffic" to its news websites by paying to boost its Google search results.

“The ABC is creating additional pressure on local commercial media by aggressively competing with the same audience that commercial media rely on, by providing online content for free undermining our ability to create a sustainable model," he said.

“We believe the biggest threat to quality journalism in this country is unprofitable local media companies."

Hywood also criticised the current media regulations, specifically referencing the two out of three rule, which he said is designed for a “legacy market” and prevents local publishers from competing with Facebook and Google.

Hywood’s bonus was called into question by senator Lisa Singh, who asked the top boss if the job cuts will help him get this year’s bonus.

“Everyone at Fairfax is paid appropriately,” he said, adding that executive salaries are based on market rates. He also said executives won’t be taking a pay cut as editorial staff have suggested.

Asked about the report from investigative journalist Michael West that exposed Hywood for receiving as much as $7.2 million, he said there are different bonuses.

Hywood said the speculation surrounding his salary and bonuses is not correct, yet he declined to set the record straight, suggesting it isn’t the point of the senate inquiry.

He also avoided questions around the current TPG bid, saying: “This is an issue in front of the board at the moment.”

Senator Singh suggested the timing of the redundancies and TPG’s bid is “convenient”.

Hywood rejected the suggestion and says the cuts were a long time in the making.

MEAA union head Paul Murphy warned against the proposed takeover: “A private equity takeover or breakup would be disastrous for our media landscape as a whole. We would lose all the vibrancy and power of public interest journalism in Australia."

Murphy addressed the inquiry, saying that Hywood had “not in recent years” sat down with him to discuss the impact of workplace cuts on Fairfax. Murphy said he had sought meetings with Hywood.

Hywood reaffirmed Fairfax's commitment to print, saying it will print papers for “years to come”, and the decision to shut down two large presses in Sydney and Melbourne saved the company and is the reason Fairfax is here now.

Academics including UTS professor of journalism Peter Fray and editors from BuzzFeed and the Australian operation of Huffington Post will also appear at the inquiry which has been established to investigate the rise of fake news, clickbait and the market power of social media giants Facebook and Google.

The panel will also investigate the structures of media organisations, tax arrangements and the adequacy of consumer laws.