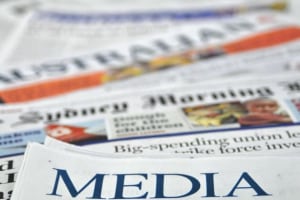 A public inquiry has been launched to investigate the future of journalism in Australia, following job cuts from both Fairfax and News Corp.

The inquiry will recommend how media organisations can compete with content aggregators, such as Google and Facebook, at a time when the digital duopoly is eating up media company’s ad dollars.

The Media Entertainment & Arts Alliance (MEAA) has welcomed the establishment of the Senate, long calling for the Government to come to grips with the crisis impacting journalism.

In a statement the MEAA says 'merely changing the ownership rules will not improve long-term sustainability'.

“Public interest journalism is vital for a healthy democracy. The last week has shown there is great community concern at the potential loss of so much journalistic talent, so it is great to see the Senate will now examine the issues.”

Senators are also expected to examine the future of public and community broadcasters, especially in regional Australia as well as culturally and linguistically diverse communities.