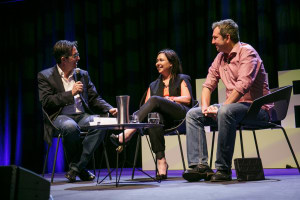 Facebook recently sat down with Australian publishers to inform them about what the company is doing to help them grow audiences and advertising revenue through its platform.

Among the list of updates, Facebook said it would be increasing the size of publishers' logos so brand identity isn’t lost in the newsfeed and is testing a subscription option for its Instant Articles format. But despite significant changes, News Corp and Fairfax are not looking to return to the platform any time soon.

Speaking at the Inform Summit held by NewsMediaWorks in Sydney this week, News Corp chief digital officer Nicole Sheffield and Fairfax managing director of Australian metro publishing Chris Janz agreed Instant Articles is not an economic model that works for the media companies. The panel was moderated by Trinity P3 founder Darren Woolley.

“At the end of the day the business model doesn’t stack up,” Janz said.

“The kind of revenue that Facebook Instant Articles generates major news publishers won’t pay half a journalists wage for half a week. It’s just not an interesting platform for me and for Fairfax.”

Sheffield agreed with Janz the updates Facebook is promising aren’t enough to win back publishers’ support.

“For us there’s a lot more than the size of a logo. Our content is very valuable and I get that the revenue of the model might take a little bit of time; we are, for example, quite active on Snapchat. That revenue model is taking a little bit of time but it’s a new audience and we are allowed to customise it,” Sheffield said.

“But everything about your brand [on Facebook] is the same as everyone else’s. There is no revenue stream to be honest, and there is no traffic referrals. At the end of the day there has to be at least traffic referrals back to the core creator so we can monetise it somewhere. If I’m not getting traffic referrals I’m giving the first click free to Google. On any level it's not enough.”

Despite being the first Australian publisher to get on board with Facebook's fast-loading Instant Articles model, Fairfax has recently stopped publishing content through the format. AdNews understands News Corp trialled the format briefly.

“When we read the report [that claimed publishes were getting $1m a day] naturally all the Australian publishers got on the phone to each other and said, 'What are you getting because I’m getting nothing?'” Sheffield said.

Publishers are often accused of playing the blame game when it comes to their declining ad revenue, with Facebook copping the thick of it.

But Sheffield and Janz admitted it’s partly publishers’ fault for agreeing to publish their content for free in the first place.

“As an industry, three years ago we were still playing nice and thinking we had to be involved in everything,” Sheffield said.

“Now we know our business of journalism and content, we know what we stand for, we are committed to pay content and various forms of revenue and we have to stay true to that and sometimes that means you aren’t popular.”

Janz added that three years ago various platforms were dictating how publishers’ business models should look.

“Google was saying it has first click free. Facebook was dictating the size of the ads should appear. Publishers made the mistake of saying 'OK, you guys are the experts' rather than realising we know our audiences better than anyone,” Janz said.

“We are no longer going to tolerate a world where there can be an AFR newsletter that has links to the stories via Google so you can get around the paywall – that’s not OK. It only leads to newsrooms not having the power and size they rightly should have.”