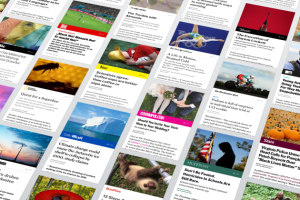 Fairfax has pulled back on using Facebook’s fast-loading Instant Articles (IA) format, according to sources.

Fairfax was an early adopter of IA, the first local publisher to use it in Australia.

News Corp is yet to test the format, however AdNews understands the publisher is set to meet with Facebook this week.

AdNews can find no evidence of Fairfax's flagship titles using IA, which are identifiable by a lightning bolt icon in the upper-right corner of a post. This includes The Sydney Morning Herald, Australian Financial Review and The Age.

It also aimed to act as a revenue split, with Facebook taking up to 30% of the revenue, but keeping readers within the Facebook platform.

There has been growing concern from publishers about pushing content on external platforms as they lose the ability to monetise their articles and the revenue share does not match what they could earn on their own assets.

The Guardian, Hearst and The New York Times are the most global recent publishers to opt out of IA. The Guardian also pulled out of Apple News with News Corp's The Australian following suit, opting out of its subscription service.

Pacific Magazines says it has run some initial experiments and “continues to evaluate” IA. Nine Entertainment Co does not use IA for any of its sites and has no plans to, AdNews understands.

Yahoo7 has confirmed it does not use the format and Bauer was not using IA as of last year.

Despite some of Australia's biggest publishers cooling of on IA as well as global publishers, such as The BBC, National Geographic and The Wall Street Journal, Facebook says IA is growing but admits there is work to be done.

“IA is growing: over 9,000 publishers use it, growing 16x year-on-year since we opened IA to all publishers at F8 last year and +27% YTD," a spokesperson says, referencing global figures.

"We are fully committed to IA and that means making sure the ecosystem is delivering value to publishers. We are encouraged by the improvements to monetisation over the last six-12 months, but we know there is still work to be done."

Facebook also understands it's the company's duty to make IA appealing to businesses.

"Our job is to prove the value proposition for IA to our partners (not just readers). If partners find they're getting less value from IA than their own website, they shouldn't use it until we've been able to flip that equation," a spokesperson says.

"We wouldn't expect a partner to do something that isn't in their interest, and we know the onus is on us to make IA a net positive for our partners' businesses. We are working closely with news partners to create and deliver product improvements that have a direct impact.”

While some publishers are unhappy with IA, others continue to sing its praises. BuzzFeed pushes 100% of its articles through IA and has previously spoken highly of the format.

One of Facebook’s call to action testers, HuffPost, gave enthusiastic testimonials about the product, saying IA generated 29% of the company’s morning email signups.