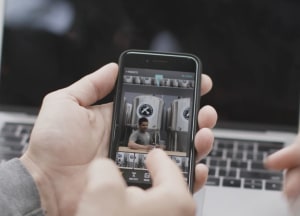 Facebook Australia has rolled out a local programme to help small Australian businesses use its platform.

The Australian team is the first globally to run a community business activation like this. It’s part of a plan to reach out to Australia’s 3.2 million small businesses, and shift its reputation as a faceless, global corporation, by speaking directly to small, local organisations. The activity has been developed specifically in Australia and is not part of a global initiative.

Facebook took over the main street in Mordiallac, a suburb of Melbourne, with its Street Smart Campaign in August and this week is rolling out a marketing campaign including video asserts that sprofile small business,and use them as an example for other similar businesses across australia.

“Over the duration of Street Smart, Facebook worked with three key businesses owners, who were taught the very accessible tricks and tools big companies use, all through their mobile phones.

It worked with three local companies, OCD Skate Shop, Noomi and Albatross Brewery, and worked with the teams to show them how to overcome their business challenges and market their products across Facebook and Instagram.

Alexandra Sloane, program lead and head of marketing for Facebook and Instagram ANZ, says: “With 83% of people on Facebook connected to at least one SMB in Australia and 77% of people on Facebook in Australia connected to at least one SMB in a foreign country, small businesses are using the platform to reach their desired customer both locally and overseas. Facebook wants to champion small businesses and Street Smart is just one example of the many efforts the company is doing locally to continue to empower the SMB community with the available tools.”