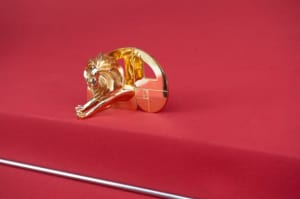 Entries for the 2017 Cannes Lions awards are down about 4.5% compared to last year, but clients are submitting more entries, and there is a massive spike in entries for the Creative Effectiveness category, which is the only one that connects creative work and business results.

The category saw a 59% rise year-on-year, which shows that clients and agencies are showing more concern for the business impact of work.

Agencies continue to be the festival's largest group of entering companies, however this year clients submitted 69% more work than in 2016.

Overall, Cannes received 41,170 entries across the 24 Lions categories. Last year, the festival saw 43,101 submissions, a record year with a 7% bump in entries.

Entry to the Health Lions increased 9%.

Jose Papa, managing director of Cannes Lions, says: “The interest around the Creative Effectiveness Lion is very exciting. Not only does it chime with the Festival’s campaign for creativity as a positive force for business, but the work that wins here equips clients everywhere with the guidance and reassurance they need as they seek to become more ambitious creatively.”

Cannes has been on the receiving end of some criticism for adding multiple new categories each year to drive up revenue. In response, this is the first year since 2007 that the festival didn't launch any new Lions to help those entering find the best place to submit their work.

Lions representing traditional channels, such as Outdoor and Print and Publishing, have experienced a decline in entry numbers, mirroring the changing shape of the communications landscape, accounting for 80% of the difference from 2016 entry numbers.

Simon Cook, director of awards for Cannes Lions, says: “We have continued in 2017 to see the key trends across the Lions continue from previous years, with strong growth in categories that have been a focal point for the industry over the last 12 months. Individual Lions can see ebbs and flows but over time we have learnt it is always best to take a long-term view as the broad trends have not really changed. The Radio Lions are just one example of that – a drop last year of 11% prompted commentary about a decline in the sector, but this year we’ve seen an increase of 5%.”

Entries for a Glass Lion are up by 31%. Glass Lions were introduced in 2015 to recognise outstanding efforts challenging gender biases. The topic of gender at Cannes Lions has already been raised this year, with the festival cracking down on the objectification of women in ads.

Digital Craft and the Entertainment Lion for Music, both launched in 2016, reported lower entry numbers in their second year.

Holding companies and agencies are looking to cut costs wherever they can this year as margins continue shrink, which could partly explain a decline in entries.

AdNews understands WPP is not sending several of its agency leaders from Australia as it looks to reduce its Cannes spend. It's too early to tell what impact this will have on the number of attendees at the festival.

It's also expected that this year will see a major push from the consultancies. Accenture Interactive, which has bought high profile creative agencies The Monkeys and UK shop Karmarama this year, has a major presence.

Scam work at Cannes could be another reason for the decline, with some agency heads believing the festival is tainted and lacking the clout it had in the past.