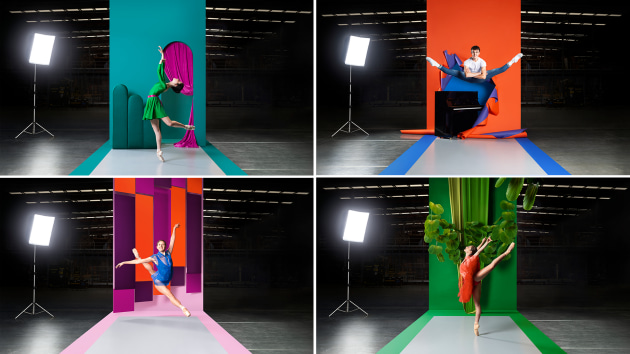 Telstra and The Australian Ballet have launched their latest social media campaign with six micro-ballets created by R/GA, crafted, choreographed and performed specifically for the mobile screen.

The spots showcase the talents of the 2020 Telstra Ballet Dancer Awards nominees and calls the public to vote for their favourite to win the People’s Choice Award.

Many Australian Ballet dancers, along with millions of people in Melbourne, were confined to their homes last year.

Pushing the confines of space and taking the limits off ballet, each dancer was given a 4x2 metre dancefloor on which they could practice.

This restriction became the insight upon which the creative concept was developed: a tiny stage for a tiny screen.

“We’re excited with the very different approach we took this year with The Australian Ballet and R/GA, building ballet’s smallest stage for the biggest audience. It feels very apt for the year that’s been," Telstra head of media, sponsorship and awards Genelle Sharples says.

"And we’re delighted to bring joy to our viewers – the joy of dance goes to the heart of what the Telstra Ballet Dancer Awards are about, but even more so in the current climate.”

R/GA Australia national executive creative director Kieran Antill says every element of the campaign was made for social.

"Backstage content was created for each dancer’s own social media channels – using the raw nature of social to give viewers a peek at what goes into a performance, showcasing dancers preparing for and explaining the significance of their routines," Antill says.

"This gives audiences a unique look behind the polish of ballet and opened a new way for The Australian Ballet to be discovered. We also enhanced the text voting experience by sending voters a thank you bow from their chosen dancer.

"Each performance was meticulously crafted, with each dancer challenged to choreograph a unique routine set to a bespoke melody across each micro-ballet – the instrumentation and the performance was based on each dancer's own inspiration.”

R/GA Australia managing director Victoria Curro says: “At a time when the entertainment industry has been so severely impacted and even visiting a theatre comes laden with restrictions, we set out to create an experience that gives anyone a front-row seat in the palm of their hand.”

The campaign is led by a connected network of digital media channels – owned, shared and paid, and a main stage website.

Voting closes on March 21, 2021, with the winners of the Rising Star and People’s Choice Awards announced at The Sydney Opera House at the world premiere of “New York Dialects” on 6th April 2021.

Telstra has been the Principal Partner of The Australian Ballet for more than three decades, with the Telstra Ballet Dancer Awards introduced in 2003 to shine a spotlight on up-and-coming dancers and help them thrive in their careers.