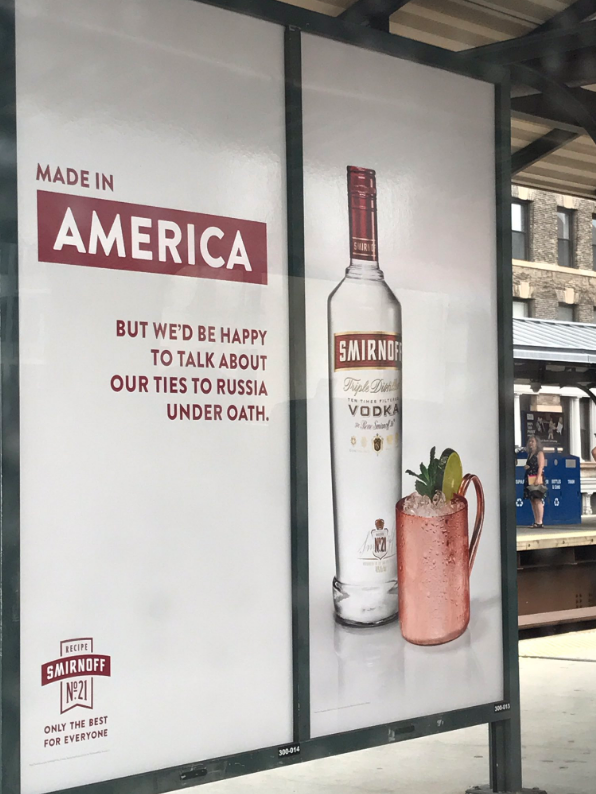 Smirnoff is proudly American, unlike the election.

From 72andSunny New York, the campaign mocks the ongoing investigation around Trump's ties to Russia, with the tag line, “Made in America: But we'd be happy to talk about our ties to Russia under oath”.

It references Trump's statement in a recent press conference where he said he would be happy to testify under oath about his ties to Russia.

The ads have been popping up over the weekend and target small portions of the New York metro area in bus shelters and train stations.

This is not the first time Trump has been mixed up with American advertising. In February the President slammed a Droga5 campaign which tackled the 'truths of America' for The New York Times.

It is the second time this month brands have taken a swipe at Trump, as company's created were quick to create fake advertising in the wake of his infamous “covfefe” tweet.

In January, AdNews asked creative agencies to come up with mock-briefs for life in a post-Trump world.