The politics of data-driven marketing: Q&A with Trump's data man 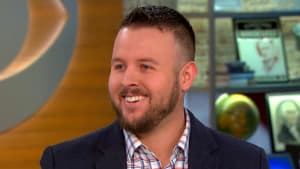 Prior to last November, the name Matthew Oczkowski didn’t ring too many bells. But as the news of Donald Trump winning the U.S. presidential election spread like wildfire to every corner of the world, so did the infamy of the man behind the data some credit with the controversial results.

Oczkowski is the head of product at Cambridge Analytica (CA) and led the data and analytics team on Trump’s election campaign. It’s important to note that CA is also the company behind this decade’s other most contentious campaign result: Brexit.

Since the election, Matt has been travelling the U.S. and the world talking about the science behind the Trump campaign.

"Donald Trump is not your typical Republican candidate so you can't apply the same demographic of people who voted in 2012 for Mitt Romney, for example," Oczkowski said during an interview with Mashable.

“If he was going to win this election, it was going to be because of a Brexit-style mentality and a different demographic trend than other people were seeing,” he also told Bloomberg.

Oczkowski and CA CEO Alexander Nix are going to share their insights and learnings at ADMA’s Data Day in April. In the lead up to the event, we sat down with Oczkowski to find out CA’s approach to data and analytics.

Why do you think data has become such an important part of election campaigns/politics?

Oczkowski: Political campaigns are the most extreme example of a true startup: they have a short runway, receive a massive cash infusion that needs to be spent over the course of a year, hire quickly, and force innovation. Unlike the business work, in politics we often need to capture 50 + 1 percent of the market share and someone always wins.

When operating in this type of environment, it is paramount that decisions makers are being as efficient and accurate with their resources as possible. That is where data comes into play. Most large modern day campaigns are centred around a solid foundation of data and analytics. Campaign managers use data to do everything from direct marketing resource to planning the candidates travel schedule.

Without a robust data program, campaigns rely on guesswork and political intuition, which as we can see from this cycle, gets people in trouble.

Eight years ago, the data department was viewed as the awkward nerds in the corner of the room, now data sits at the operational centre of most campaigns.

How do you use emotional and behavioural data to influence campaign decisions?

Oczkowski: The way we target people through marketing is fundamentally flawed. Using demographic traits as blanket assumptions to influence behaviour is misleading and even somewhat dangerous. Just because a consumer or voter is between the ages of 25 to 45 and happens to be female doesn’t mean that she wants to be marketed in the same way as every female in the age bracket.

We aim to understand and measure each individual's underlying personality traits to better spur them to action through communication that actually applies to them. Understanding if someone is a timid introvert vs. an open extrovert allows us to craft marketing and communications programs around true scientific evidence that is proven to motivate people, while having a more personalised experience for the end user.

On political campaigns, this helps us better understand tonality in messaging, issue preference, and even influence speechwriting.

Cambridge Analytica was at the forefront of two of the most surprising and controversial political campaign outcomes of the decade (Brexit and Trump). What do you think allows you (CA) to swing and influence voters?

Oczkowski: At our core, Cambridge Analytica is a data science company. We do not fancy ourselves political pundits or policy wonks. This is important to note because we always let the data speak for itself. In the case of races like Brexit, or the Trump Campaign, our role was to provide the campaigns with a scientific approach to understanding the electorate without the shiny gloss of political opinion.

With that said, we are a firm with decades of experience in the political space and know how to align our offering specifically to campaigns. Our ability to trust in the data, understand the trends that others may not see, and develop programs that are vetted by some of the brightest scientists in the world sets us apart from the traditional political approach.