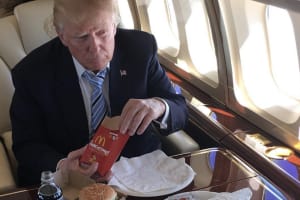 Donald Trump may not be enjoying a Big Mac anymore

McDonald’s may have just lost a customer in Donald Trump following a derogatory tweet slamming the President of the United States as “disgusting”. It also made fun of his small hands. 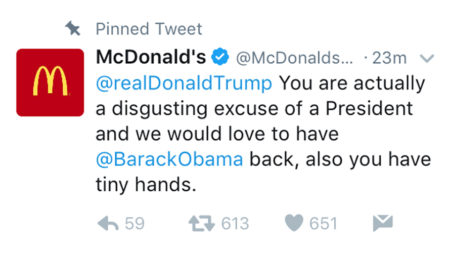 It was re-tweeted nearly 200 times and pinned to McDonald's profile before someone realised the account had been compromised.

This is not the first time a fast food brand has been hacked. Back in 2013, someone broke into Burger King's Twitter and changed its Twitter image to the McDonald's logo.