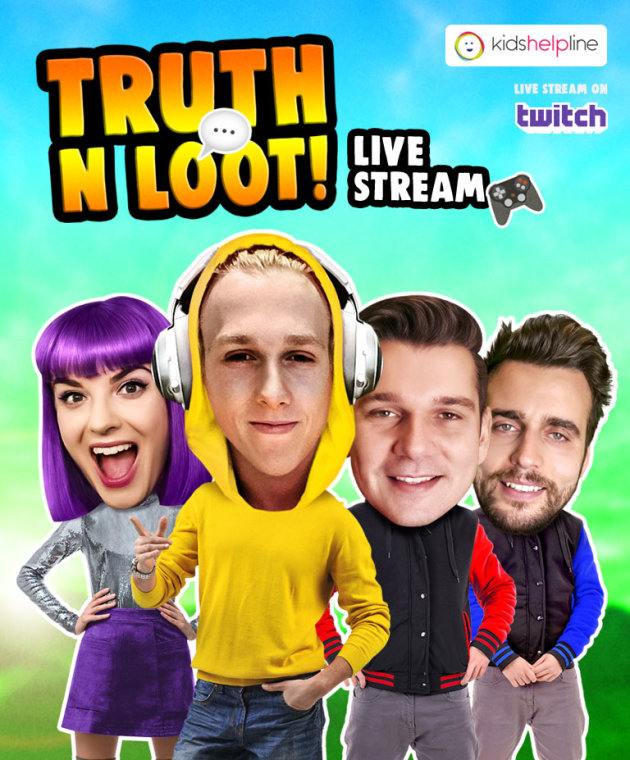 The Truth 'n Loot campaign will come to life on streaming platform Twitch with gaming influencers.

M&C Saatchi has created a campaign for Kids Helpline encouraging teenagers to open up about mental wellbeing.

The Truth 'n Loot campaign will come to life on streaming platform Twitch with gaming influencers Naysy, Chanzes, Panda and the duo Skill up and Laymen Gaming, sharing the message that "talking really helps" during live-streamed play of the gaming phenomenon Fortnite.

“Mental wellbeing is the number one reason teens reach out to Kids Helpline in Australia, a problem that is hard to address as teens tend to keep their issues to themselves. This is a particular concern for male teens," yourtown (Kids Helpline) head of marketing and fundraising Tracey Gillinder says.

“This campaign aims to start the conversation with teen audiences and reach them at an early intervention stage by getting them talking about what’s worrying them every day instead of waiting for crisis time.”

The four live Twitch Fortnite battles will give teens the opportunity to engage in a raw conversation about mental wellbeing.

"This happens organically on platforms like Twitch, but we wanted to refocus those discussions around mental wellbeing in an unobtrusive way. It's about showing young people that the troubles they face are not unique to them and need not be faced alone.”

The partnership between Kids Helpline and Twitch, forged by media agency Wavemaker, will be supported in social media as well as across the Twitch platform and on the Kids Helpline website with pre-promotion beginning August 18 ahead of the battles later in August.