Lung Foundation launches campaign with real patients and their families

The campaign was created by Queensland based Bordertown Films and Oyo Studio.

The Lung Foundation Australia has created a powerful TV commercial featuring real patients and their families, reminding us that lung disease impacts people from all walks of life, young and old.

The campaign was created by Queensland based Bordertown Films and Oyo Studio, and captures genuine, emotive moments with patients and their families.

Michel Itel, who stars in the television commercial with his wife and daughters, was just 42 when he was diagnosed with Stage IV lung cancer.

For weeks, Michel carried the weight of his shocking diagnosis with the support of his wife.

Michel’s two beautiful daughters lost their Mum at a young age, so telling them that their Dad also had a terminal illness was heart-wrenching.

“With such powerful stories like Michel's and Ethan’s, we knew we didn’t need to embellish anything, we just tried to capture the genuine love of these families and show that lung disease affects regular people, living normal lives," Bordertown Films director Dan Stevenson says.

45 Australian families lose a loved one to lung disease and lung cancer every day. Research into these devastating conditions is severely underfunded.

With more money invested into discovering scientific breakthroughs the Lung Foundation Australia will look to bring new hope to millions of Australians impacted by lung disease and lung cancer.

“We need to build on this momentum to continue to drive real and lasting change for the millions of Australians with a lung condition," Lung Foundation Australia chair, Professor Christine Jenkins AM, says.

"You can make a real difference to the lives of those with lung disease, and provide real hope, by donating or leaving a legacy gift, no matter how big or small.”

Launched on 25 April, the national campaign is currently running online and on TV (Ch9). 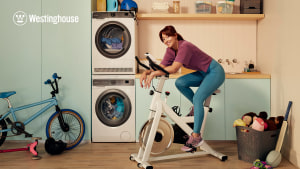