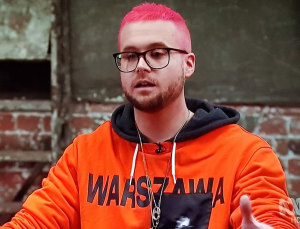 Four Corners has aired a shocking expose of how Cambridge Analytica manipulated politics and opinion to influence global elections in the information age, including how it created fake organisations to publish propaganda.

The undercover investigation, a collaborative effort by ITN, The Guardian and The New York Times, is likely to cause Facebook more pain by unmasking the execs behind the political consulting firm and the dirty tricks they deployed.

“In the battle for power, democracy has a new frontline. Elections are being fought less and less on door steps and more and more on screens and social media,” the opening voiceover declared.

In the ABC program, which aired last night, key players in the company, chief digital officer Alex Nix and managing director Mark Turnbull, were captured on film meeting with an undercover reporter who posed as a potential client.

The two execs, who are described as the “invisible powerbrokers of modern politics”, outline how their company combines the dark arts of political strategy with data to manipulate elections “around the world”, from Nigeria, Argentina, China, to the US election.

They boasted about their work for Donald Trump and described the company’s previous methods of undermining opponents, such as “sending some girls around to the candidate’s house”, or staging a bribe, secretly filming it and posting that on the internet.

"We were able to identify that there were very large quantities of persuadable voters there that could be influenced to work for the Trump campaign,” Nix said on the secret recording, adding it has relationships with “specialist” organisations that can assist with “intelligence gathering”.

He also said the company could create fake organisations to publish negative material about the opposition on social media.

“We put the information into the bloodstream of the internet and watched it grow, give it a little push every now and again over time to watch it take shape. And so this stuff infiltrates the online community and expands but with no branding – so it’s unattributable, untrackable,” Nix said.

The emotive advertising used by Cambridge Analytica to sway the US election is a major concern for democracy and how politicians use social media in elecitons.

“There’s no point in fighting an election campaign on the facts because it’s all about emotion,” Nix said.

Christopher Wylie, the Cambridge Analytica whistleblower, said the company had the potential to mess with the “psychology of the entire nation” using these tactics.

This form of psychological warfare takes a different approach from traditional political campaigning. Instead of grandstanding to large audiences, it’s more about “whispering in the ears” of individuals, using whatever messaging is required to change an individual’s views.

“These things don’t necessarily have to be true as long as they are believable,” said Turnbull on the secret recording, adding the company can set up various fake IDs, websites and send in spies posing as students to collect information on their opponents.

While the pair first initially said they do not offer “entrapment”, giving the example of sending girls to their opponents and using footage of them having sex as blackmail, Taylor and Turnbull later said this method was effective.

They also reflected on Cambridge Analytica’s involvement in the 2013 and 2017 Kenya election, despite previously denying the firm worked on the campaign.

Also featuring in the Four Corners piece is the former research director of the company and whistleblower, Chris Wylie.

"We can get better than human level accuracy at predicting your behaviour... and I can exploit that,” Wylie said, adding data is the new weapon in warfare.

His revelations of data harvesting from Facebook account has spurred a wave of inquiries around the world into the power of the platform, and built pressure on Facebook and its CEO Mark Zuckerberg.

"Facebook, at least in a technical sense, facilitated the project because they had applications that had these permissions in the first place,” he said.

You can watch the full show on ABC iview.