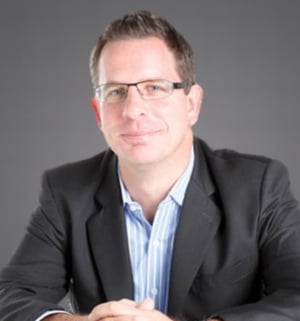 The Facebook Australia boss has publicly apologised for the Cambridge Analytica scandal, telling a room full of marketers and industry leaders that the social media network has failed to meet the expectations of users.

Facebook has come under significant market pressure since a whistleblower who worked at Cambridge Analytica revealed how the company used Facebook to harvest data for an estimated 50 million to 60 million individual users that it then served advertising to try and influence the last US election in favour of Donald Trump.

The scandal has wiped about US$100 billion off Facebook's market value in a matter of days and led to calls for Facebook's global CEO Mark Zuckerberg to front parliamentary committees in the US, UK and Europe investigating whether Facebook has broken privacy rules.

In Australia, the political response has been somewhat mute, however a Labor MP recently told AdNews that Facebook needed to reveal whether any Australians have been involved, and the federal and the office of the information and privacy commissioner has launched an investigation into whether Facebook broke any local laws.

“We want to apologise for any concerns in the last week...particularly concerns for our users and people across the industry,” Easton said.

“As a company we've always been focused on building products and services that we believe were net positive contributors to our community.

“That's allowed people to connect with the people, places and things that are important to that. As we've gone to that journey we realise we have a significant responsibility to protect people's data.

Easton said this will include letting Facebook users know if they have been affected by app developers that may have harvested their data for suspicious purposes, such as Cambridge Analytica, but no timeline was offered.

He added that Facebook has reached out to many agencies and advertisers in this market to explain the situation.

“I just wanted to thank everybody for their support and collaboration through some pretty challenging times,” he added.

“From an advertiser perspective, the first point to make is that Cambridge Analytica has no impact on Facebook as an advertising platform. From a user perspective we are going to be very transparent about which users across the world have been affected by some of the issues.”