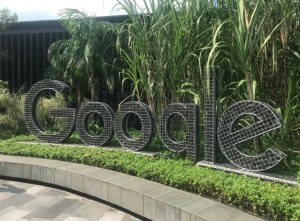 Google doesn’t believe it’s at risk of a scandal like Cambridge Analytica’s Facebook hack happening on its platform.

Speaking at the Growing with Google media event in Singapore, Google APAC president Karim Temsamani was quizzed on his thoughts about Mark Zuckerberg’s testimonial made in congress this week.

Temsamani made it clear that Google and YouTube have a “very different business model” to Facebook, which is why he can’t see the same scandal plaguing its network.

“People use Google in a very different way [to Facebook]. They use our technology to solve complex problems. People use our products and platforms when they intend to do something, like search or get directions through Google Maps. So the way in which the ecosystem works in incredibly different.

“We’ve had strong policies for a very long time and haven’t seen any of the issues that Zuckerberg has talked about on the platform, but that doesn’t mean we don’t have to pay incredible attention to it.”

Google’s head of trust and safety Arjun Narayan agreed that it wasn’t an issue Google has found on its platforms.

He said the saga is of course top of mind for Google, but the business has been “deeply invested” in the safety of its platforms for years.

"We respect user consent and user privacy and we also give users control over what they want to do with their data. All of that makes me believe we are in a better place," Narayan says, adding that Google has hired the best in data security to protect it against "bad actors".

It was revealed in March that Cambridge Analytica hacked the Facebook pages of 87 million users, including 300,000+ Australians, using the data of those users to influence the US election.  Since then, Facebook has been in a world of pain, under global scrutiny for its failure to protect its users’ data.

The issue has also raised a number of questions about the wider ethics of data collection, but Narayan is confident the whole digital industry won't be tained with the same brush.

"We are in a slightly different business compared to Facebook. There is a lot of attention to privacy and security but that gives us a huge opportunity to differentiate ourselves in the tech space. It gives us an opportunity to showcase how committed we are to our users and make sure we don't take this lightly."

*AdNews attended Growing with Google as a guest of Google