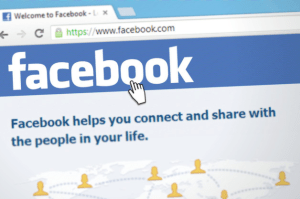 Tesla, Mozilla and other major brands are halting activity on Facebook amidst privacy concerns surrounding the Cambridge Analytica scandal.

Elon Musk deleted the Facebook pages for carmaker Tesla and his rocket company SpaceX after he was challenged to do so by Twitter members.

The Facebook pages of SpaceX and Tesla, which had millions of followers, are no longer accessible.

Musk addressed the Cambridge Analytica scandal by responding to a tweet from WhatsApp co-founder Brian Acton on the #deletefacebook tag.

Mozilla announced on its blog it was “taking a break” from Facebook. The company, which created the Firefox web browser, said it was “pressing pause” on its Facebook advertising and won’t be posting to its Facebook page.

Mozilla said it would consider returning to Facebook if it could better protects its users data.

German bank Commerzbank also said it was putting Facebook advertising "on hold" as it evaluates data security, according to the AFR.

Facebook is facing growing pressure after it emerged last week the data of 50 million users had been obtained by a Cambridge University researcher and sold without their knowledge to Cambridge Analytica, a company that specialises in “micro-targeting” political ads and propaganda to sway voters.

Facebook CEO Mark Zuckerberg broke his silence on Thursday and said company would investigate whether other user data had been misused up to 2014.

Over the weekend, Facebook took out full-page print ads in the UK to apologise for the scandal.

The boycott, albeit smaller in scale, follows a YouTube boycott last year, which saw more than 250 advertisers around the world stop advertising the video sharing platform following concerns about brand safety.

‘’Advertisers look to Facebook to help grow their businesses. They know how important it is for people to trust their information with Facebook. Most of the businesses we've spoken with are pleased with the steps we've outlined to better protect people’s data, and they have confidence that we'll respond to these challenges and become a better partner and company as a result.”

“As Mark Zuckerberg said last week, we have a responsibility to everyone who uses Facebook to make sure their privacy is protected, and we are taking action. We will tell people affected by apps that have misused their data. This includes building a way for people to know if their data might have been accessed via “thisisyourdigitallife.” Moving forward, if we remove an app for misusing data, we will tell everyone who used it.”