CEO Andrew Little on remuneration, account losses and the state of DDB 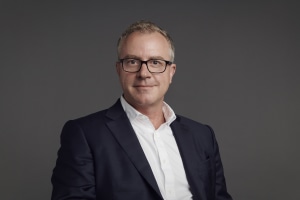 The harsh reality of losing an account is as “certain as death and taxes” in advertising, according to DDB Australia CEO Andrew Little.

Having been at the helm of DDB Australia for 18 years, Little has seen it all; from account losses, to the splitting of media and creative to the arrival of consultancies. His time within the agency has shown him that no business can grow forever and taught him to roll with the punches, he told AdNews.

“Sometimes account losses are the agency’s fault. Sometimes it’s got nothing to do with the agency. Sometimes the relationship has fractured or it's as a simple as a change in leadership. It can be brutally unfair but every each agency goes through their growth periods, then a plateau and it starts again,” he said.

“Losing an account is horrendous but you have to be respectful of the decision. There’s no point publicly slamming the client because the market is too small to do that. Secondly, you have to own the problem in front of your people and that’s not via an email.”

Other holding groups have chased growth through acquisitions whereas Omnicom, the owner of DDB, has sought organic growth through client wins, Little said.

“You can’t grow consistently through acquisition. It’s not real growth; you’re paying for that growth so you’ve got to grow organically, which means winning one reasonable sized piece of business a year and not losing accounts.”

DDB Melbourne recently had to resign APIA Insurance after Suncorp merged its banking and insurance brands creating a conflict with long-term client Westpac.

“The trickiest thing in agency world is not to lose clients,” Little admitted.

DDB doesn’t have dozens of clients but it works with some of Australia’s biggest brands, including Volkswagen, Westpac, Virgin Australia and McDonald’s, which all have lengthy tenures with the agency. The Sydney office recently picked up the Foxtel creative account.

Little said while winning new business is always on the agenda, DDB won’t devalue its services just to win a pitch.

“One particular brand asked a number of agencies to go to their office, be briefed for 45 minutes and were then given three hours to produce a solution before having to present to the client. I said ‘we’re not going to do that’,” Little said.

“The client said other agencies were prepared to pitch in that way and I told them you can’t solve growth problems in three hours. It was ridiculous.”

He said he constantly sees agencies “devalue” themselves in these processes, which sets a bad precedent in the industry.

Another bugbear for Little is remuneration.

“We’re paid very fairly by our clients and I’m happy with our margin but I read the annual reports of other agencies and I am horrified,” he said.

“If we are not paid properly, we are not providing a healthy industry for future generations. We have to be paid fairly and the only way to do that is to provide value that our clients are prepared to pay for.

“Sometimes that means putting part of your remuneration at risk for the reward, but most of the time it means having grown-up conversations with grown-up clients about what’s fair and what’s not.”

Little said agencies must be prepared to walk away from “fundamentally unfair” proposals, rather than accept an account just to pay the electricity bill.

“What constantly drives me is the ambition of leaving a successful, profitable agency for future generations to come in and make a difference," Little explained.

"That’s what success looks like to me personally and professionally. Part of that is understanding where we are valuable to clients and getting paid properly for it. That’s something we do that DDB and we make no bones about it,” he said.

'We aren't at peak creative level'

Little has ridden the highs and the lows of DDB throughout his time at the agency. In the last year, DDB has gone through leadership shakeups in both its Sydney and Melbourne teams.

Priya Patel replaced Taylor in the role and Little said while she has “big shoes to fill", she's off to a strong start.

With the departure of Taylor, Little said he’s had to dive deeper into the business for the last six months.

“Melbourne is not where we’d like it to be yet, but we’re very confident in the talent we have in that marketplace and we’ll be spending more time with the team there to get them where they need to be,” he said.

Having missed out at Cannes Lions for the last two years, Little admitted DDB isn’t at “peak creative level”.

“Awards are an outcome of getting other things right. You start with culture, attract great people and then hopefully, do great work and win awards. But they are fickle. Some years you win and others you think you’ll win and you don’t. Awards can’t be an input, they’re an output,” he said.

Looking at DDB’s recent work Little is most proud of its creative for Westpac.

“In the middle of the Royal Commission, Commonwealth Bank has pulled back, NAB is doing an ad with people talking to camera and then there’s Westpac with a highly emotional, well branded ad. I think it’s superb. Will it go on to win awards? I don’t know, but it might.”

As for the hype around the death of agencies, Little said he’s not worried about consultancies eating DDB’s lunch or the reduction of marketing budgets.

“Do I worry about the future of the industry or creative? No. I’m excited about the future as long as we can get paid correctly and derive a decent margin, then we can invest in our people and create a great agency.”