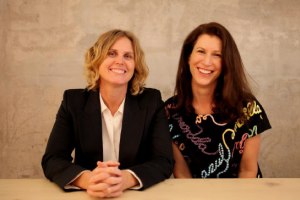 DDB CEO Nicole Taylor and chief strategy officer Fran Clayton have defected from the agency to take up post at McCann, AdNews can reveal.

The move follows the departure of long-standing national CEO Ben Lilley who left McCann in February this year.

Taylor is now national CEO of Interpublic Group-owned McCann and Clayton is national chief strategy officer, which is a role that also used to fall under Lilley.

Clayton has been at DDB Sydney since 2013, landing the chief strategy role two years ago.

Under Taylor and Clayton's rein, the agency picked up the creative account for Virgin Australia last year and also invested $1 million into the repositioning of the agency.

The move is a significant shake-up for DDB Sydney and Taylor's and Clayton's replacements are yet to be revealed.

Little thanked Clayton and Taylor for their contribution to the agency.

“While I’m disappointed, both Nic and Fran are stepping up into national roles and I know that it’s the opportunity to turn around the agency that appeals to them. We tried very hard to keep them but at the end of the day they have the opportunity to run their own show," he says.