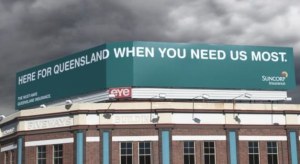 Bingle, who used to work with The Monkeys, is without a creative agency and APIA is currently seeking a new agency arrangement.

The move comes just three months after Mim Haysom joined Suncorp as GM of brand and marketing from M&C Saatchi where she was general manager for four years.

Suncorp's financial marketplace strategy was announced by CEO Michael Cameron in late 2017 and sees Suncorp transition to one operating model to give customers a single digital customer experience and removes distinctions between its various brands.

The strategy has been likened to an iTunes store of financial services – a one-stop shop where customers can use an app to do things like check personal finances. Since its announcement, it's been widely criticised by analysts.

Suncorp confirmed the move to AdNews thanking DDB for their "continued passion and support over many years".

"To deliver on this strategy, Suncorp has reviewed and consolidated its creative agency roster, and will no longer be working with DDB Melbourne."

Starcom remains as the brand's media agency following a review.