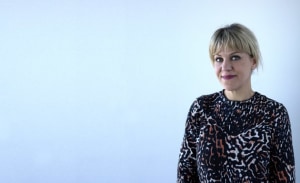 Like most agencies, DDB Melbourne was grappling with how to operate in the new world order of advertising. It hasn’t had stable leadership for several years, it had four internal agencies working on different bottom lines and was facing an increasingly cluttered Melbourne market.

“We’d lost our way a little bit and that was primarily because we had two successors before me in a relatively short time,” Sterling admits.

“When I joined, the only remit I was given was to grow the business so everything from people, positioning and products were on the table.”

The first thing Sterling did was merge internal agencies Track and Tribal to simplify DDB’s internal structure. Next, she scrapped the various P&Ls that divided newly-formed Track, Mango and DDB, which she says has “dramatically changed” both the culture and the organic growth of the business.

She admits that not everyone has been along for the restructure ride, but the agency now has a strong team.

“We did see some changeover in staff last year and that’s because the new culture didn’t necessarily suit everyone,” Sterling reveals.

In the battle to stay relevant in an industry that’s ever-evolving, Sterling has introduced an additional talent team called ‘Innov8’, which is formed by DDB’s junior execs who are tasked with fostering new ideas for the business and feeding them to the leadership team.

Sterling is confident these new strategies can help DDB shift the perception that it’s a “traditional” agency that “only does TV".

The agency’s recent wins are showing some momentum. In the last 12 months, it has picked up the creative for Indeed, National Hearing Care, Kathmandu, Lifestyle Communities and Gordon Legal.

New business wins are important, but Sterling says it’s the organic growth from existing clients that she is most proud of, which includes Westpac and Dulux Group.

With the likes of The Monkeys and Thinkerbell launching in Melbourne and strong competitors like Clemenger and CHE Proximity in the market, Sterling says DDB needed to switch it up to remain competitive.

“The Melbourne market has changed incrementally in the past few months and as the market changes, while we don’t want to be too reactive and keep changing, we need to keep up with technology from a product and service offering,” Sterling says.

Fueled by new agencies on the scene and client migration to Melbourne, Sterling says she’s seeing bigger agencies go after smaller accounts that they typically would have declined.

“We pitched recently for a medium-sized piece of work and there were 10 ten agencies on the list,” she says.

While there has been a lot of change at DDB, Sterling isn’t looking to completely reinvent the wheel and you won’t see the agency chasing media buying anytime soon.

“We’ve talked about media. We’re in the mix of getting a channel planner on board, but we’re working really closely with OMD, PHD and Foundation, so for now, we don’t feel that not offering media buying is stifling any of our growth,” she says.

WPP and Publicis are chasing models of ‘horizontality’, leveraging capabilities across its group, but Sterling says Omnicom, which owns DDB, isn’t following suit.

“Omnicom are absolutely not as harsh about pushing down that model,” she says. “It’s certainly not something I’ve felt in Melbourne.”

As for the next 12 months for DDB Melbourne, Sterling says the agency is working on building the profile of its management team.