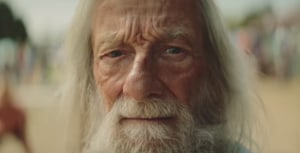 A still from Aldi's Christmas ad

The supermarket Christmas war has kicked off with Woolworths, Aldi and Coles all revealing their 2017 Christmas ads over the weekend.

Woolworths is encouraging Australians to ‘Share the Spirit of Christmas’ and features a number of multicultural families enjoying the holiday season.

The campaign, by M&C Saatchi’s Greenhouse, takes a similar approach to its 2016 ad which celebrated Australia’s street party culture.

Aldi’s Christmas campaign takes a bold direction for the supermarket category, releasing an ad that could easily be mistaken for a cricket promotion.

In the 90-second extended version of the ad, Aldi tells the story of one man’s obsession with winning backyard cricket, spanning across 40 years.

It introduces the tagline ‘The More the Merrier’ and shows the crowd building in a bid to celebrate drop-ins and tag-alongs at Christmas.

Last year, Aldi took a more humorous approach to the Christmas season with a family of super enthusiastic Americans – The Tinkeltons.

Australians are sharing what they love in Coles' Coles' 2017 Christmas campaign.

Celebrity chef Curtis Stone makes a quick cameo at the end of the ad, marking his return to the brand's Christmas push.

In a second 30-second spot, a cast of cute kids share what they love, including doughnut stuffed turkey.

The TV ads are supported by Coles' first animated series. Released on the brand’s Facebook page, the 30-second spot introduces a gingerbread man as the main character called ‘Gingerbread Gerry’.

Christmas ads 2017 round-up: Watch the festive best from around the world

Brits sing for Christmas in Sainsbury's ad; Tesco fires back at haters