Brits sing for Christmas in Sainsbury's ad; Tesco fires back at haters 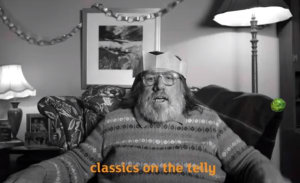 However, the Sainsbury’s ad, which marks a change in direction from the ‘Christmas specials’ of recent years, moving into an extension of the retailer’s year-round 'Living Well' campaign, has not pleased all.

In addition, just days after the release of the first of five TV ads, Tesco has already been forced to hit back at people criticising the ad for featuring a Muslim family.

During the one-minute long 'Turkey, Every Which Way' Tesco advert, a variety of different families prepare Christmas dinner and cook a turkey in different ways.

However, according to media reports in the UK, the one scene showing a Muslim family holding Christmas gifts and preparing to celebrate the festive holiday, has drawn ire - with one Twitter user claiming to be a devout Christian feeling “very offended”.

Who knew Muslims celebrated Christmas? I'm actually disgusted by this ad from Tesco. The country is being sold a lie even from major retailers now #TescoTaqiyya pic.twitter.com/kkg7Us6yth

Tesco hit back, arguing everybody should be able to enjoy the festivities. “Everyone is welcome at Tesco this Christmas and we're proud to celebrate the many ways our customers come together over the festive season”, a Tesco spokesperson said.

Many took to social media to condem the haters.

If you're offended by the Tesco Christmas advert then PLEASE boycott the stores so I don't have to see your racist faces when I'm choosing my Brussels sprouts.

The Sainsbury's campaign was shot on location in London, Cardiff, Manchester and Glasgow with a cast of 200 people - and some of their pets - as well as three colleagues from Sainsbury’s. It was directed by We Are From L.A, the French directing duo famed for making Pharrell Williams’ “Happy” music video.

The campaign launched with a 90 second spot which aired for the first time at 7.45pm during The X Factor on ITV and was shared simultaneously across the retailer’s social channels. Throughout the festive period a variety of films and social content will run across broadcast, print, social media, audio, digital display and outdoor advertising.

From pigs in blankets to novelty socks, ripped paper hats to Brussels sprouts, 'Every Bit of Christmas' celebrates the many ways that Brits live well over the festive season.

One digital consumer reporter in the UK has said the ad “might be the most annoying yet” and some have complained on social media saying part of the ad are 'ridiculous' and others trying to promote the hashtag #bringbackmog in relation to its 2015 ad.

This is ridiculous and irresponsible advert and post the strapline is "live well for less". This advert & post says "eat badly live less"

Plenty of people have commented positively on the ad, saying it's better than the new John Lewis festive ad.

Head of broadcast communications at Sainsbury’s, Laura Boothby, said: “Living well has been at the heart of our advertising all year and there is no better time to celebrate that than at Christmas.

“There are so many rituals and moments that makes each person’s Christmas special and we wanted to feature as many of these as possible – and all set to a catchy festive tune!”

The campaign centres around an upbeat, festive song written by lyricist Ben “Doc Brown” Smith and composed by Mikis Michaelides. It features members of the public and Sainsbury’s colleagues singing about the things that help them to live well at Christmas time.  It also includes cameos from well-known festive favourites Ricky Tomlinson and Kermit the Frog.

The song’s lyrics feature some of the things that make up a typical modern Christmas in the UK. Research commissioned by Sainsbury’s revealed that cracker jokes and losing the end of the sticky tape topped the list.

In a departure from the ‘Christmas special’, this year’s creative is an extension of Sainsbury’s year-round campaign launched in January which celebrates the ways that the nation lives well and the joy of food. Staying true to the year-round creative, the campaign is filmed in black and white, features real people rather than actors and heroes the retailer’s food products.

The brand said the campaign is borne from the insight that Christmas is the time of the year that people most enjoy living well and take joy in all the little things that make it so special.

Wieden+Kennedy London is behind the creative with media agency PHD and digital agencies are Analog Folk and Gravity Road also involved.

See: Christmas ads 2017 round-up: Watch the festive best from around the world 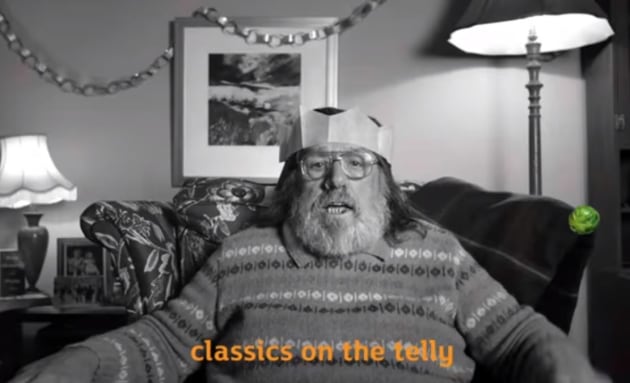 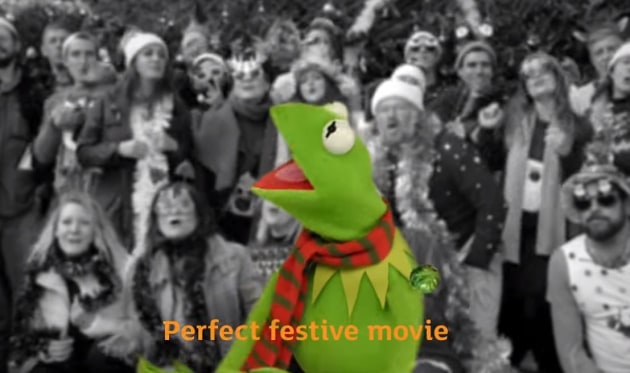