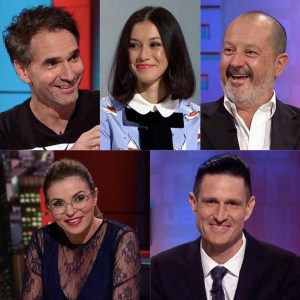 During last night’s episode of Gruen, it was the Big Four banks that captured the attention of panellists, with Westpac's latest ad coming under fire.

Campaign Edge creative director and regular Gruen panellist Dee Madigan slammed the ad as "complete bullshit" and said the idea of Westpac “looking after their mates” was misleading.

She suggested Westpac, and other banks, should "remain silent for a while" and pause their advertising, adding it was a "questionable" move to run such a significant campaign during the Royal Commission.

The Westpac ad under fire, created by DDB Sydney, showed different moments in Australian history, starting with the construction of the Sydney Harbour Bridge, where people have helped one another.

The video is accompanied by the iconic David Bowie song "Heroes", with the tagline, 'Help when it matters. It's what Australians do' appearing in the final seconds.

"The ad echoes some of the shocking revelations we heard at the Royal Commission. People drowning, from debt. And pain and tears from all that bad financial advice," Anderson joked about the work from Westpac.

Sampson disagreed with Madigan's bold stance and said it was the right move for Westpac to defend itself through advertising.

“Advertising is the one medium you can control, you can completely control the narrative and when you're in a crisis mode as they are right now, you want to have that medium,” Sampson said.

Howcroft pointed to the opportunity for competitors of the Big Four to creep into the marketplace as consumers become more susceptible to an alternative to the banks.

“There is clearly an opportunity for other institutions, credit unions, they have a massive opportunity but if they want to get on the front foot they are going to have to spend a lot of money on their marketing, platform and advertising. If they really want to make a dent now is the time for that," Howcroft said.

Ads from NAB also felt the sting of the panel, as Anderson joked that NAB's recent campaign with Australian soccer and FIFA was "one way to look better, aligning yourself with the most corrupt organisation in the world".

"That is not awesome, and if she's buying a house and car, she's stealing a lot more than $20. She's a criminal mastermind, at this rate, when she grows up, she'll run her own bank," he said.